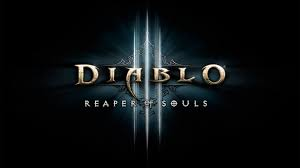 Blizzard has unveiled two new social features that will be introduced in the upcoming Diablo 3 expansion pack Reaper of Souls.

The new features, called Clans and Communities, were unveiled on battle.net and will be added to Diablo 3 as a part of patch 2.0.1. The new features aim to provide player “with easy and practical tools for finding and communicating with like-minded individuals who share a passion for demon slaying, loot hunting, experience farming, as well as other interests.”

Both Clans and Communities are still in development but are available for those involved in the testing on the Patch 2.0.1 PTR and Reaper of Souls Closed Beta.

Clans are described as a way for “players who share similar interests, gameplay schedules, or goals the ability to band together and form tight-knit groups.” The clans are designed for small scale groups, with a limit of 120 members per clan in an invite only system. Players will only be able to become a member of one clan at any given time.

Communities are the larger scale version of clans. These are for players that gather for any reason, such as being the same class, living in the same geographical area or even visiting the same website as each other. The communities are designed to be a more casual affair. Unlike clans these communities can choose to be public or private and will support a “near unlimited” number of members. Also unlike clans you can become a part of as many communities as you wish.

Also included when you create or join a Clan or Community is its own social window. This window features a news tab to keep you updated about your clans information or the recent activity of other members, a roster tab to keep track of the members of the Clan or Community and basic game information for each member and a settings tab for the respective leaders and officers of the groups, as well as access to a chat channel.

Diablo 3: Reaper of Souls is scheduled for release on the 25th March.

What are your thoughts on these new features? Do you have any plans for a Clan/Community?