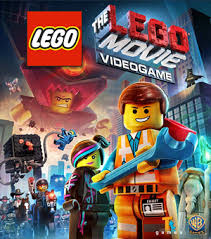 The LEGO Movie Videogame has claimed its second week at the top of the charts, with Nintendo getting the highest new entry this week with Wii U exclusive Donkey Kong Country: Tropical Freeze entering at ninth.

The only other new release to debut into the charts this week was Rambo: The Video Game, which joins the charts in 21st place.

A price drop sees FIFA 14 return to second in the chart, knocking down Call of Duty: Ghosts into third place.

Battlefield 4 was another game which benefitted from a price reduction, which sees it rise three places into fourth this week.

LEGO Marvel Super Heroes climbs up one place to fifth whilst it’s another jump up the chart for Minecraft: Xbox 360 Edition, which jumps up to sixth this week.

Grand Theft Auto V tumbles to seventh this week whilst Assassin’s Creed IV holds its own in eighth spot.

The top 10 is rounded off by Rayman Legends, with the games release on Xbox One and PS4 helping propel it from 33rd to the Top 10.

Chart Track reports that the LEGO games are having a comeback in the charts. Last week saw five of the Top 40 populated by LEGO and this week sees another four join them, meaning that nearly a quarter of this week’s chart is LEGO-based. You have the two LEGO Batman games, two Star Wars entries as well as Lord of the Rings, Indiana Jones and Pirates of the Caribbean joining the two Top 10 titles in the charts this week.

There are a number of new releases next week to shake the chart up, with the latest Thief, Castlevania and Plants vs Zombies joining the party, which should make things interesting in the battle for first.