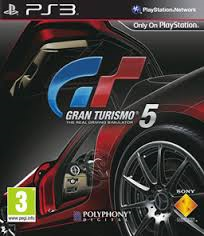 All Gran Turismo 5 DLC will be taken down from the PlayStation Store as Sony prepares to close the games online services.

The news was broken by Sony on the Gran Turismo Blog, who said the DLC will be unavailable for purchase on 30th April, one month before the online support is shut down as part of the latest batch of server closures announced in January.

The majority of the DLC will still be available to those who purchased it will still be able to use them after its de-listing, however the “Paint Pack” and “Racing Gear Pack” will not be recoverable if your GT 5 save game is deleted. This will not be an issue for any of the other packs.

Gran Turismo TV will be made unavailable on the 14th March, whilst the Online Lobby, Seasonal Events, Museum, News, Community, Remote Race, Log in Bonus and Online Dealership will be switched off on the 30th May. You will still be able to play this in offline modes, along with the other games affected by the closures such as the Resistance games.

Do you plan on getting any of the DLC whilst you can? What are your thoughts on the removal of the content from the store?