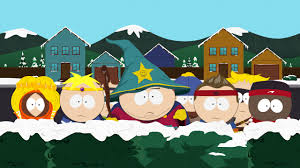 Ubisoft has censored the Europe, the Middle East and African versions of South Park: The Stick of Truth on Xbox 360 and PS3, with the PC version remaining unchanged.

This comes from a report by BT Games that they received documents from Ubisoft that confirmed the removal of seven scenes from the 18 rated game which last roughly 20 second each.

The note, which comes with review copies of the games, states: “Seven scenes of about 20 seconds each are censored in the EMEA (Europe, Middle East and Africa) console versions of South Park: The Stick of Truth.” It added that: “The decision to cut this content from the game was made by Ubisoft EMEA.”

The scenes affected by the censors include:

These scenes will be replaced by an image background and a description text which will be selected by Matt Stone and Trey Parker, the show’s creators.

When asked for a comment by Eurogamer, Ubisoft said: “this was a market decision.”

The Australian version of the game had previously been censored last year, but it seems it’s only the North American version which is escaping unaltered.

South Park: The Stick of Truth is released on PC, PS3, and Xbox 360 on the 4th March in North America, 6th March in Australia and the 7th March in Europe.

What are your thoughts on this censoring? It doesn’t seem to affect the game too much, but it is a shame to see it happen.