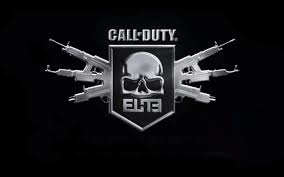 Activision has announced that it will be shutting down Call of Duty: Elite on the 28th February.

Elite was introduced as a stat-tracking system for the release of Modern Warfare 3 in November 2011, and offered players a range of features that were both free (like stat tracking and Theatre Mode) and paid-for (like early DLC access and competitions). The service was changed to become a completely free service by the time Black Ops 2 came out in 2012, and the map pack would be seperate.

Activision announced in an Elite Shutdown FAQ that the current Call of Duty app will be the systems replacement. The app, the FAQ states, was created by “Taking all the key learnings and fan feedback to create the Call of Duty app for Call of Duty: Ghosts, which takes some of the best and most popular features of Call of Duty® Elite and introduces new elements such as Call of Duty Clan Wars. “

What are your thoughts on this change in stat-tracking? Did you use Elite, and if you were a Premium member did you think it was worth it?