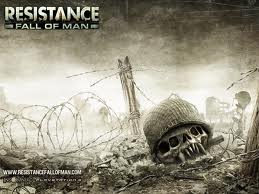 Sony has revealed the next set of first party PlayStation 3 games it is planning to close down the online servers for in the upcoming months.

The news came from an updated blog post on the PlayStation UK Blog (thank CVG). The first games up for the online chop are MAG, SOCOM: Special Forces and SOCOM: Confrontation, which will see their servers shutting down on January 28th.

After those, the Resistance trilogy is the next set of games which will have its servers close, with the online support for Resistance: Fall of Man, Resistance 2 and Resistance 3 ending on March 28th.

The last game announced to have its server closed down is Gran Turismo 5, which is scheduled to be decommissioned on May 20th.

After the servers have been shut, you will still be able to play the games offline, with the exception of MAG and SOCOM: Confrontation, which are online-only games.

Sony did not give details on the reasons behind the servers’ upcoming closure; however it is probably down to a drop in the amount of active players, which is commonplace for older titles.

When you consider Resistance: Fall of Man was a launch title for the PS3 when it launched back in 2006, I feel it has done well to stay open and is leaving with a good online life of eight years. It is always a shame when servers are shut down.

Of the other games shutting down their servers, Resistance 2 and 3 launched in 2008 and 2011, respectively. SOCOM: Confrontation and SOCOM Special Forces came out in 2009 and 2011, whilst MAG and Gran Turismo 5 both came out in 2010.