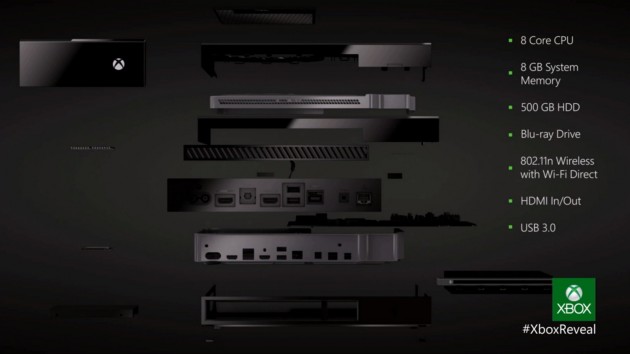 The Xbox One hit store shelves last month and was met with a fervor with anxious gaming fans taking home their consoles to enjoy throughout the holiday season. The marketing campaign, filled with teaser trailers to tech specification videos whet the appetite of fans everywhere: 8 core, 1.75 GHz AMD custom CPU, AMD 853 MHz Radeon CPU and a 362 GB hard drive… whoa… wait a minute! Wasn’t the hard drive supposed to boast a hardy 500 GB of storage space under the hood?

Recently reported by MCV,  Xbox One’s hard drive caps out at around 365 GB. I’m sure a handful of those who purchased the system have been lamenting the lack of storage space offered with Microsoft’s next generation console. With launch games sponging 20 GB of storage space (not to mention mandatory installs between 246 MB and 43 GB), it’s easy to see how many view the glass half-full.

The Xbox One does support external hard drive compatibility, however, this has yet to be implemented. A vague time frame of this feature being available to gamers is “after launch.”

What do you guys think about the 365 GB hard drive space? Is it enough to support your growing library of games in the future? Let us know in the comment section below.