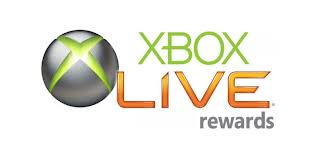 Xbox Live Rewards has returned, and has been revamped to fit in with the new Xbox Games Store policy.

The programme was retired in August after Microsoft announced the plan to scrap Microsoft Points in favour of using real money for Xbox Live purchases. It allowed gamers to earn some more points by doing a number of things, from answering a monthly survey for 20 MSP to the bigger earners such as renewing Xbox Live Gold Membership for 400 MSP.

Now, instead of earning Microsoft Points, Xbox Live Rewards will now see you work towards earning credits as currency. You work earning credits will be rewarded via a cash rebate system. When you earn a total of 5000 credits, which amasses to $5/£3.35, the total will be transferred to your Xbox Live account. This can then be spent on anything on the newly rebranded Xbox Games Store. Also included is the ability to ‘rush’ the transfer of credits, available once your credit hits 1000.

The ways to earn are similar to those of the previous system, with the Microsoft Points converted into these credits that will be changed into money.

This is a system which worked quite well previously. I found myself earning a good amount for doing little more than taking a survey and completing ‘punch cards’, such as playing an Arcade Game for 20 hours. It takes little time, and you can find yourself earning for playing regularly, or just buying the games you want to play.

For more information on this programme, see this useful FAQ.