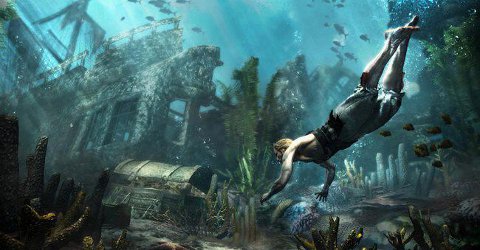 In a Pax Prime panel earlier today Ashraf Ismail, creative director behind AC4, had revealed that cutting naval multiplayer was one of the hardest things he had to do. Ashraf explained that Ubisoft created several prototypes for the game mode, they were “awesome” and contained a really huge scope.

Ashraf said: “I lost a lot of sleep over that one. It really broke my heart the day we decided to cut it from the game.” He also stated that if Black Flag does really well, a future title could feature naval mulitplayer.

Ashraf was also asked about the future of the AC series and if the franchise could be set in a present or futuristic setting. Ashraf responded saying that he’ll be very surprised if a future AC title won’t feature a historical  setting. He reiterated the slogan for the series, “history is our playground.”

The Assassins Creed series has been around since 2007. The franchise has 5 main entries to it’s name with a sixth one, AC4, on the way. The series has quickly become the biggest property for Ubisoft and second only to Activision’s Call of Duty series.

Assasins Creed 4: Black Flag is set to come out only a year after Assassins Creed 3. The initial reveal for the game was met with speculation and complaints, as many believed it was too soon to release yet another numbered title in the series. AC4 follows a Caribbean setting with pirates heavily ingrained. Naval game play makes a return as well, this time being more in depth. It seems Ubisoft wanted to transfer the singe-player naval game play into an online mode, but resources didn’t allow for it.