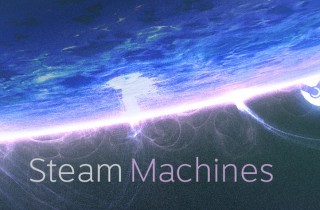 “As we talked about last week, the Steam Machines available for sale next year will be made by a variety of companies, Valve states. Some of those companies will be capable of meeting the demands of lots of Steam users very quickly, some will be more specialized and lower volume. The hardware specs of each of those machines will differ, in many cases substantially, from our prototype.”

The prototype Valve will be providing to 300 different steam users is described as “a high-end, high-performance box, built out of off-the-shelf PC parts.” The studio also stresses that these prototype machines will be fully upgradable from their GPU, CPU, and hard drive, all the way down to the motherboard. Valve also admits that customers will be able to build the same type of machine by shopping for components and assembling it themselves. Valve will even share the CAD files for enclosure, making the task of replicating their machine even easier for people.

As they outline the specific specs that can be found in these prototype machines, Valve has stated that this type of machine isn’t designed to satisfy the needs of the majority of Steam users. They are more targeted towards people willing to purchase a high end, powerful living room gaming set up. More cheaper, smaller, and quieter versions for more casual gamers will also be made available.

“And to be clear, this design is not meant to serve the needs of all of the tens of millions of Steam users Valve outlines on their blog post. It may, however, be the kind of machine that a significant percentage of Steam users would actually want to purchase – those who want plenty of performance in a high-end living room package. Many others would opt for machines that have been more carefully designed to cost less, or to be tiny, or super quiet, and there will be Steam Machines that fit those descriptions.”

These are the specific components the prototype machines will ship with:

The first batch of Steam Machines are planned to arrive sometime next year. The prototype machines will ship to 300 selected Steam users later this year.