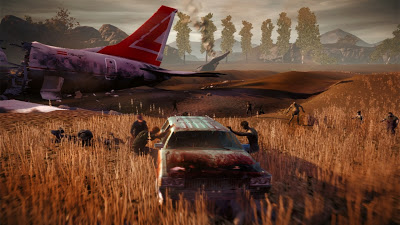 One of the surprise hits of the summers, developer Undead Labs’ open-world zombie apocalypse game State of Decay has officially sold one million copies. State of Decay was recently released on Steam last month, helping the game increase it’s sales numbers. And with ongoing Xbox Live sales, the game was able to double it’s figures since it’s release back in June.

The studio has also outlined a small competition for bloggers to participate in for a chance to win the first upcoming DLC. Undead Labs also states, on their website, that they are close to sharing some news about this upcoming DLC.

“We’re so close to having some news about our first DLC pack that we’re going to go ahead and offer State of Decay: Breakdown as a prize in our One Million Celebration, the studio says. Please stop by the comment thread attached to this post, and share your favorite memory of development, or favorite in-game experience. We’ll pick five people at random to get codes for a free copy of Breakdown, and ten others to win some Undead swag.”

State of Decay was met with exceptional praise and it’s successful commercial sales numbers is a great indication to the game’s quality.

In other news, Sony has announced that the much cherished 2009 PSN hit Flower will be hitting the PS4. No specific release date was revealed, but Sony confirmed to IGN that “Flower is coming to PlayStation 4″. Sony also stated they will “have more details at a later date.” These details will most likely relate to the game’s release date, and if any new functionality will be brought to the PS4 version.

Sony Santa Monica’s Tim Moss also noted, via his twitter, that the game will run on 1080p at 60 fps. A PS Vita version is also on the way though specific details are scarce.