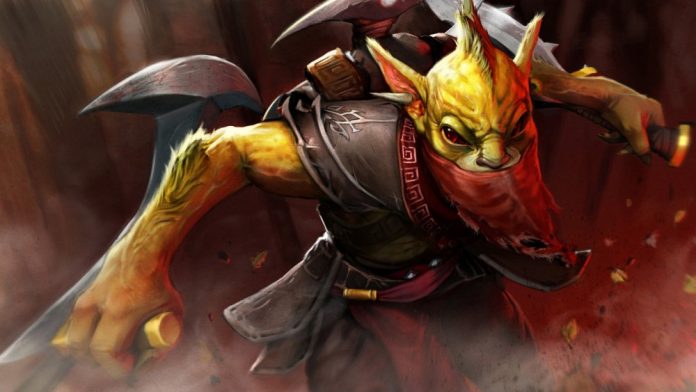 Valve’s perennial moneymaker Dota 2, not the VR headset, has earned nearly 9 million dollars for the prize pot at their yearly e-sports function “The International”.

What makes the figure so interesting is the fact that the prize pot is directly proportional to how many in-game compendiums are sold, an item that allows for special challenges, bonuses and items. This by extension means that the prize money was in the air for the event, and the players are responsible for the stakes of the streamed-for-free competition featuring teams from around the world. A similar technique was used last year, which amounted to a prize pool of just under $3 million dollars. Simple math dictating that either interest in the game has tripled in the past year, or players have developed a craving for items offered with the in-game book, which costs $10 dollars and for each book sold $2.50 is added to the money pot.

With the success that Valve has enjoyed with the Dota 2 International items, it’s not improbable that it is brought into the realm of Counter-Strike: Global Offensive as well, far from it as a matter of fact. What has been established in Dota 2 is a continuous stream of revenue that can help sustain other, more ambitious projects in the future. If Valve is able to duplicate the same ideas to CS:GO, then that makes two reliable streams of funds for their using. Though there are no promises that CS:GO will be as popular as the established Dota 2, as the first person shooter is continuously beaten out and left to compete for the second place spot with Team Fortress 2, which it trades with. While Team Fortress 2 has its own e-sports scene that was established long ago, there’s doesn’t seem to be much of a possibility of a Valve overhaul to the newer generation of titles.