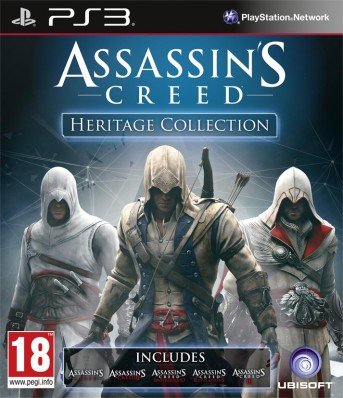 This collection might sound familiar to a couple of people, it’s because a similar but much more expensive package was released last year. Called Assassins Creed Anthology, the collection included all the games mentioned above but in prettier packaging and all the DLC content ever released for each game. A couple of extras were thrown in the Anthology package as well. The Anthology collection cost £119.99 / €150, compared to the much cheaper price of £39.99 / €50 for the Heritage pack.

The next installment in the Assassins Creed series, Assassins Creed IV: Black Flag, will be released on October 29 for Xbox 360, PS3, Wii U and PC. The PS4 and Xbox One version will be available alongside the two consoles launch.