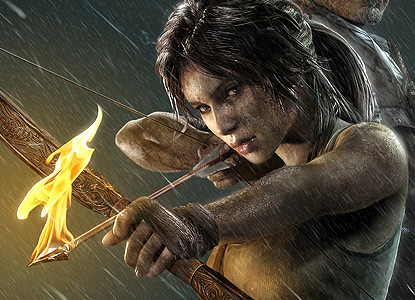 Tomb Raider: The Definitive Edition has taken the top spot in the UK All Formats Chart, ending FIFA 14s’ four-week stint at number one.

As it turns out, the PlayStation 4 version of the game outsold its Xbox One counterpart by more than double, with 69% of sales being attributed to Sony’s console, leaving only 31% for Microsoft. This differs from its original release last year, which saw the Xbox 360 get 50% of the sales compared to the 42% of the PlayStation 3.

It was a close run thing though; as UK numbers company Chart Track claims that FIFA was less than 500 copies behind Lara’s next-gen adventure.

Elsewhere provided little change, with Call of Duty: Ghosts slipping down to third, Battlefield 4 is in fourth and LEGO Marvel Super Heroes comes in at fifth this week.

Assassin’s Creed IV: Black Flag drops out of the top five into sixth with Minecraft: Xbox 360 Edition in seventh.

Grand Theft Auto V and Need for Speed: Rivals both hold their positions at eighth and ninth, respectively, whilst Killzone: Shadow Fall drops down to round off the top 10.

The first big release of the year is out, and with Fable Anniversary just round the corner, FIFA 14 will have to work hard if it wants to take that coveted tenth number one.