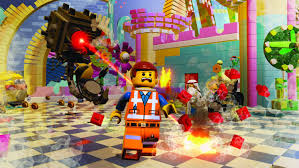 The LEGO Movie becomes the sixth LEGO game to have topped the charts, with the last one being LEGO Batman 2: DC Super Heroes back in 2012.

The LEGO game was able to easily beat Call of Duty: Ghosts, selling 15,000 more copies than Activision’s shooter according to Chart Track, despite it being helped by a number of retailer promotions. Our third foray into the universe of Final Fantasy XIII makes its debut in third place.

A weeks after hitting 10 weeks at number one, FIFA 14 sees itself drop down to fourth this week, whilst Grand Theft Auto V climbs one place into fifth.

LEGO Marvel Super Heroes drops down a place to sixth whilst Battlefield 4 is a non-mover at seventh.

Assassin’s Creed IV: Black Flag climbs back up to eighth and Minecraft: Xbox 360 Edition drops down to ninth this week.

The Top 10 was rounded off this week by Fable: Anniversary.

Overall this is a rather LEGO dominated week in the charts, with the Top 40 being home to five LEGO games, encompassing 1/8th of the chart positions. LEGO Batman 2 sits in 19th, LEGO Star Wars: The Complete Saga is in 22nd and LEGO Lord of the Rings is 27th.

Donkey Kong Country: Tropical Freeze and Rayman Legends on the Next Gen consoles come out next week, so it will be interesting to see whether The LEGO Movie can hold its own at the top.