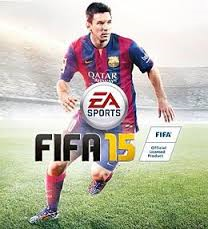 FIFA 15 holds onto first place in the UK All Formats Chart for the fourth week running, replicating the launch performance of FIFA 13.

A new release arrives in second place, with survival horror The Evil Within comfortably beating the competition for third place.

Borderlands: The Pre-Sequel, which saw release on PS3, Xbox 360 and PC, manages to enter the charts in third, which is impressive given the lack of release on PS4 and Xbox One.

The new releases knock down Middle-earth: Shadow of Mordor down to fourth place, with Forza Horizon 2 following suit as it slips to fifth place.

Alien: Isolation takes a drop of four places to find itself in sixth this week, but is still ahead of Destiny, which drops down to seventh.

DriveClub, like Alien, suffers a drop in its second week in the charts, down three places to eighth as Minecraft: PlayStation Edition climbs a spot to ninth.

Taking 10th this week is the third new release, F1 2014. Like Borderlands, this comes out on previous gen consoles, but does not fare quite as well as 2K Australia’s shooter in sales.

Next week sees Just Dance 2015, Bayonetta 2 and Civilization: Beyond Earth enter the fray, and due to the console exclusivity of the other two, Just Dance 2015 is the most likely to end FIFA 15’s reign at the top of the chart.