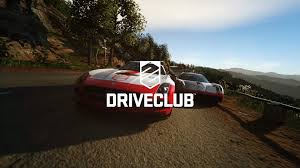 DriveClub’s game director Paul Rustchynsky has admitted that the server problems that have plagued the game since its launch were “unexpected”.

Since the game’s launch, a number of issues have arisen that have caused features such as leaderboards, clubs and challenges to be temporarily disabled. Whilst the two former features are back online as well as online racing available, the challenges are still down. The PlayStation Plus version of the game has also suffered a delay as Evolution Studios tries to fix the problems, which included them introducing a one in one out system to their servers as issues persisted.

Writing on Twitter, Rustchynsky said that these problems took the developer by surprise, as the pre-launch tests did not show any issues: “We ran a beta test and none of these issues occurred,” he said, “We had confidence everything was ready. These issues were unexpected.

“We did run large scale synthetic load tests with tens of thousands of concurrent users and the tests were successful.

He added that: “The main problem is a concurrency. The amount of activity per player means we’re having to limit the number of online connections.” The server code being used by Evolution currently has bugs in it, with no issues regarding the need for more servers.

Rustchynsky also hinted that Evolution has not ruled out providing compensation to early adopters of the game, when question by one fan: “We’re considering all of our options right now.”

A third update for the game was released at the weekend which included several fixes to try and reduce the server load as well as fixes issues that causes Clubs to become corrupted. It also dealt with memory crashes due to multiple large avatars in the friends’ list and game-side crashes when uploading large amounts of progress data.

Rustchynsky promised that Evolution Studios will update players again later today on their Facebook page as they work hard to deal with the online issues.

What are your thoughts on the issues with DriveClub so far?