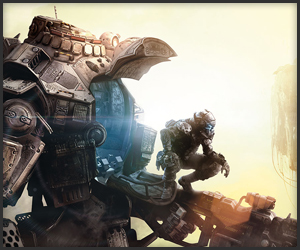 Titanfall’s first initial reveal back in June, at Microsoft’s E3 2013 press conference, was met with immense positive reactions. Anticipation for Respawn Entertainment’s first videogame release, since the studio was formed a couple of years ago, is tremendous. The first-person shooter genre is quickly stagnating, and is being filled by formulaic, safe, and predictable experiences. Titanfall producer Drew Mccoy believes his studio’s exciting new IP could very well shake things up, and offer consumers a fresh and exciting new take on an otherwise increasingly conventional genre.

In an interview with MMGN, Mccoy explained that with the arrival of new hardware after eight long years, people are in need for exciting new experiences. A great deal of pressure rests on his studio and their game, that is why Mccoy believes Titanfall has to be perfect.

“We think about it all the time. I think the next generation makes it a little bit harder, Mccoy explains. It’s been eight years since the last generation started, so people are just clamoring for new hardware. New experiences. I think the last few years, games have stagnated a lot. People are holding back their new, big ideas. Gamers feel that. They know that. They’re waiting.”

All they want is that next awesome thing to grab on to . What better time than now? It’s like, oh man, we can’t screw this up. Especially when we came out of E3 with that sort of great response. We came out of there really excited, but also realizing  “Oh man, we can’t drop the ball on this”. This has to be perfect.”