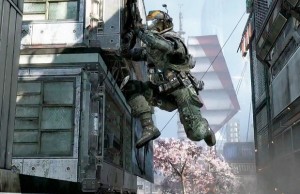 EA has announced that Respawn Entertainment’s highly anticipated first-person sci fi shooter, Titanfall, will hit store shelves on March 11, 2014 for PC, Xbox One, and Xbox 360, and March 13 in Europe.

Co-Creator of Call of Duty and Co-Founder of Respawn Entertainment Vince Zampella states: “Since we revealed the game in June we’ve been absolutely blown away by the reaction to Titanfall. The feedback we’re getting from fans around the world is fueling our team as we head towards March and motivating us to deliver an experience that lives up to the hype.”

As well as announcing a release date, EA has revealed a new collector’s edition available for pre-order. This $249.99 package will include a 18 inch hand-crafted titan statue, which comes with a diorama and battery-powered LED lighting; a 190 page art book containing rare concept art and a full-size schematic poster of the Atlas titan.