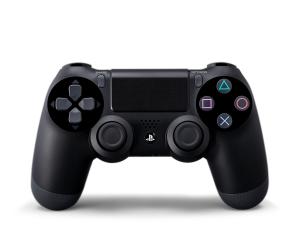 Sony head of product planning Toshimasa Aoki revealed that the original PS4 controller design was very similar to that of the Xbox 360 controller. Sony had to test out significant amounts of controller designs before finally deciding on the layout we have today.

Aoki, in an interview with GamesBeat, discussed just how much prototypes his team created, even admitting to originally planning on drastically changing the Dualshock design.

“At the very start, we were thinking of drastically changing the controller,” Aoki said. “We tried out new devices, changing the form factor. We’d start from there and then try to talk to the game teams and tweak toward what the best form would be to have for those new devices. So we made, I don’t know, more than 20 prototypes. Some had no buttons, just touch panels. Some were rounded. All this crazy stuff.”

The controller’s touch pad was a direct influence from Nintendo’s Wii U game pad, so not every prototype Aoki and his team threw around were completely original. But most importantly, Sony planned on configuring the analog stick layouts to something more similar to what Microsoft has with it’s Xbox Controller.

“For the analog sticks,” said Aoki, “we did test having the analog sticks on top, since the Xbox has the left side on top [above the D-pad]. Especially from the shooter teams — we got feedback that that’s what they wanted. They knew that consumers liked the 360 for shooters.”

The PS4 will launch on November 15 in North America and November 29 in Europe.