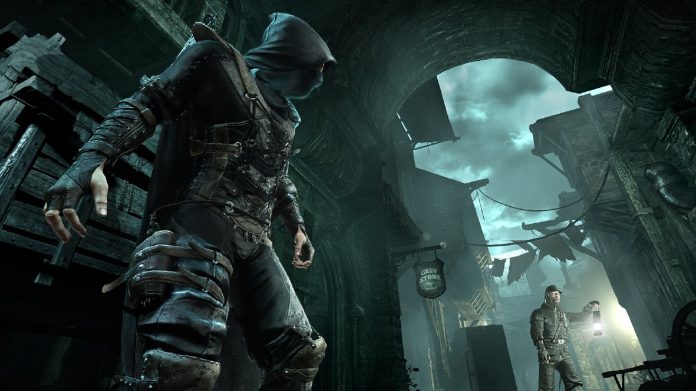 The upcoming Thief’s plot and Garrett’s storyline have been divulged by Square Enix in the past few weeks. The Master Thief will return but this time with a new goal, he once stole to live but now, he lives to steal and nothing seems to be able to stop this wanted criminal from getting what he desires. It’s not a need anymore, it’s simply a delight. Garrett finds his own pleasure in stealing through unveiling secrets, penetrating the unknown and achieving the impossible, that’s all part of his main agenda; material objects are no longer the most important for him, as Square Enix stated:

Garrett’s personal mantra is ‘What’s yours is mine’. Although Garrett once stole to live, now he lives to steal. It is less for the gold and more for the lure of the impenetrable, the impossible, the secret, the unknown. The challenge is what keeps his body and mind alive and sharp. He never steals from the rich to give to the poor – no matter how poor they are… nor how rich. 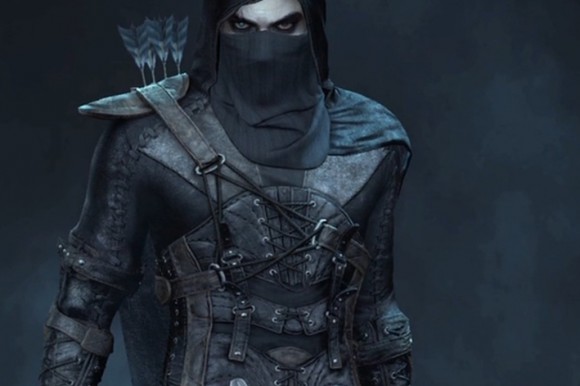 So, is the new Garrett a true disciple of evil now? Did he become the ultimate criminal, ready to set chaos across the City? If not, then what’s his purpose by stealing everyone without need? Is it really all about selfishness, desire and eccentricity? Apparently, Garrett is addicted to the art of stealing and even if he no longer needs gold to survive, he can’t stop stealing just for the sake of the emotions and sensations surrounding this immoral activity. I suppose that this compulsion makes him an evil character and a true anti-hero that contradicts the traditional video games’ logic, which features the hero, the champion, the savior… But there’s a heavier analogy that can be made. Corruption seems to be the main reason for the currently state of most occidental nations, stealing from public accounts in order to satisfy self needs has become a mundane activity, and even the law seems powerless against this contemporary evil. Now, let’s compare this actual scenario with Thief’s story, isn’t it too similar? Corruption has taken over Garrett, he seeks nothing but lust through stealing, he pursues auto-satisfaction by assuming the role of an outlaw and he is untouchable by the law of the City as well, he manages to become invisible and escape the constables of justice, despite living and performing his crimes in this same town. And he most likely won’t be caught, even though he has a very high bounty on his head casted by the Baron of the City. And why won’t he be caught? Because the story would most likely end and Garrett is the protagonist of the game, which means if he’s caught indefinitely, then there won’t be a story to play. 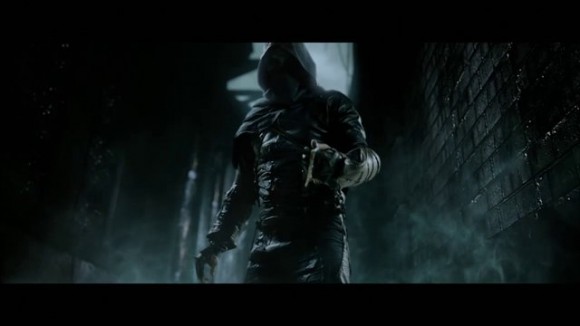 Garrett is designated to sin and to keep his art of stealing well alive. He is, indeed, an iconic symbol of modern society but perhaps there is something that Square Enix is not telling just yet. I believe that Garrett will induce himself into redemption at some point; he can’t just be this evil being with no signs of any humanity left. Maybe he will realize that stealing from the rich and poor is not the best way to spend the rest of his days, and even if he doesn’t… Well, eventually there won’t be anything worth stealing anymore in the City. His thirst for the forbidden will have an end, one way or another. Just like it happens in real, countries get bankrupt and the fountain of millions dries out.