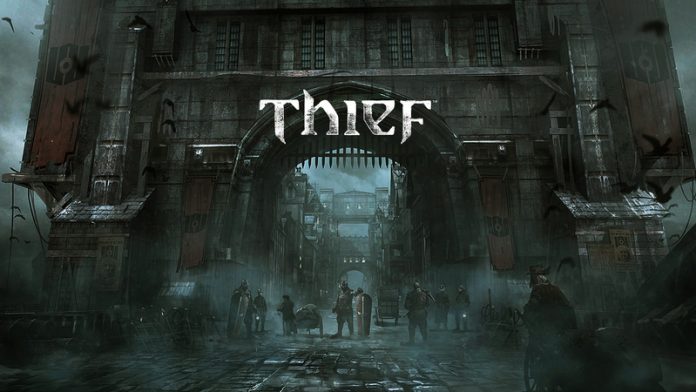 Basso is a known friend of Garrett from the previous games and even though they’ve met in bizarre circumstances in the past, they’ll most likely work together to “steal back the city’s life” in the upcoming plot. Square Enix  has recently released a trailer focusing Basso and The City. The shameless thief ensures that The City is decaying quickly; the future seems really dark and hopeless, even for thieves. However, there might be someone able to stop this misery from spreading until there’s no way back. If you haven’t watched the trailer yet, check it here:

Undoubtedly, The City has gone through better times before. Death and chaos seem to rule this town. Corruption is everywhere and apparently, things are about to get worse. But how worse could it get? Basso claims that The City is struggling from the inside and even him, a known thief, is having troubles doing what he does best. Indeed, how can you steal something when there’s nothing to be stolen? The common people living in The City can barely eat everyday and the rich are pretty much untouchable. As Basso said “things are different now, we’re all in the same s**t hole”. While the rich live as kings and queens, the poor are being devastated by a deadly plague. Death is now part of the daily routine and misery is inescapable. Garrett will exploit this whole scenario but it’s not certain how, perhaps it will be up to players to decide the future of The City. Stealing from the rich seems the most wise decision facing this situation but as Square Enix revealed, Garrett will live to steal in the upcoming game, even though he doesn’t need the money he still does it for fun. What we don’t know is if he’s greedy enough to keep unimaginable fortunes just for the sake of it. It would be quite cruel but possible, while citizens die from sickness and hunger, Garrett gets to keep treasures for luxury. As I said, I think this game will have a strong choice-based feature, which will allow players to choose the destiny of the stolen objects. Even if Garrett is a strong anti-hero, he has to do a few good actions at some point, if not, players will most likely lose interest. If the game is simply about stealing because it’s evil and cool, then the whole plot starts to lose meaning.

More than half of this trailer presents Basso as a significant character, it reveals his lifestyle and his background story. However, there’s nothing new about the game or the upcoming plot. It’s another teaser trailer to satisfy players’ curiosity while they wait for the game’s release. Basso ends his speech by putting faith on Garrett, which in his opinion is the only one able to stop this madness:

Maybe there’s a fella I know that could steal back its life because hell, he could steal anything. Some call him master thief, tricky bastard, he’s all of them but I call him Garrett.