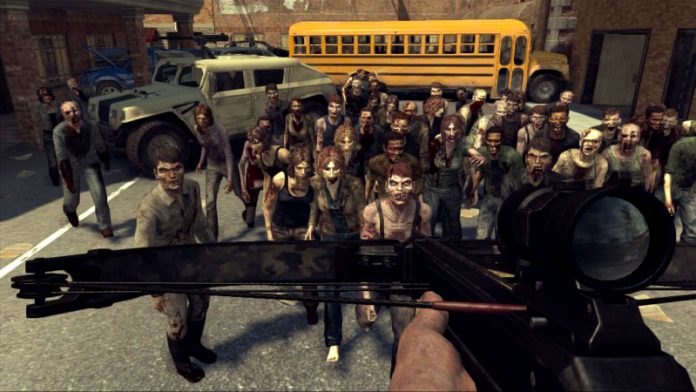 The new horror first-person-shooter game based on the Walking Dead TV series came out last week and critics haven’t been so soft on the zombie apocalypse prequel. IGN, for example, stated that Survival Instincts shows great ideas but they’ve never materialized. “It’s boilerplate first-person shooter mechanics paired with dated visuals and cool ideas that never develop into cool experiences”, said the IGN gaming critic Greg Miller. Here, in Unigamesity, we have rated the game 3/5 and pointed out endless negative aspects of the game – from repeated maps to undeveloped characters, there’s a little bit of everything to pick on. The game simply seems rushed and unfinished, offering players a very poor experience.

Nonetheless, for zombies and TV series fans the game is worth playing, so here are some tips and tricks that will help you progress in game and speed up your journey to Atlanta.

Go Rogue, Speed it Up
In the Walking Dead: Survival Instincts you can cheat walkers by simply sprint and sneak past them, if you run a long way, the first waves will eventually stop chasing you, which means you’ll only need to kill a few zombies. If you don’t feel like being a coward and run away, then you can go rogue and use a melee weapon to silently go behind walkers and finish them up. Why melee? Simple, it doesn’t make noise and it’s as deadly as a gun. If you start shooting around, you’ll lure crowds of zombies and honestly, you don’t want that to happen. Even if you survive, you’ll waste most, if not all, of your ammo. You’ll need food supplies, in order to restore back all the health points that you’ve just lost.
If you want to save supplies and play on the safe side, then you surely want to use a knife or axe to beat the plagued creatures. 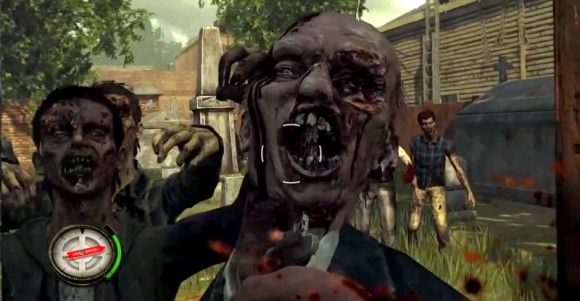 Close the Doors Behind You

Whenever you enter a building or larger room, make sure to always close the door behind you; this way you don’t need to worry about walkers backstabbing you. It’s a little old trick and it works for most of the game. At later levels, zombies will be able to break wooden doors and pass through them, however it’s still worth doing it. Even if it doesn’t stop them, it will slow them down, which buys you some time to run or prepare to fight. 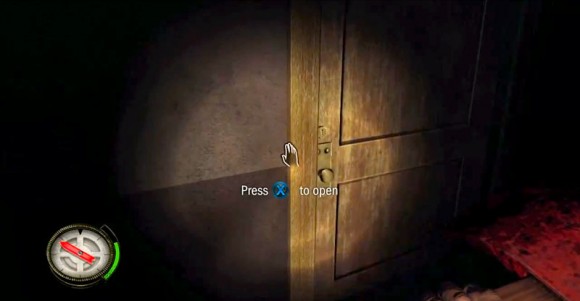 Get on Higher Ground

When searching open places, you may want to get on higher ground such as building/vehicle roofs, this way you can freely shoot your crossbow or fire gun  Walkers don’t jump or climb, so it’s merely safe for you to shoot range weapons from a higher position. 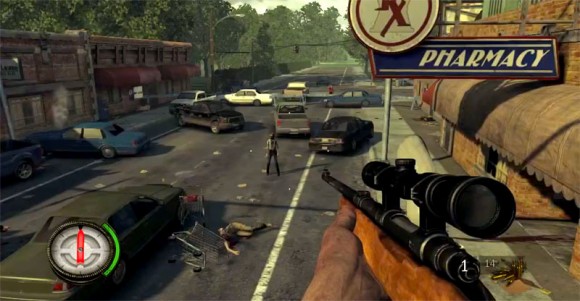 Along your path, you’ll meet several survivors and you’ll be able to recruit or dismiss them. You should dismiss weak characters and replace them with stronger ones. To know if a certain character is not so strong or weaker than another, you should click on him/her before a main mission, the “weak” trait should appear near the weapon preferences, if nothing shows up then you can simply compare the health points. It’s pure logic, a character with more life points will live longer and the chances to find supplies will become greater as well. 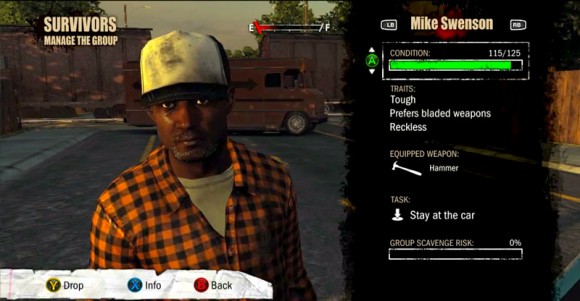 Space is very limited in Survival Instincts, even your car can only carry 10 slots, (fantastic!) What you should do is: drop weapons that you never use and store most of the items in your car. Why? How do you want to collect ammo, food and fuel supplies, even new weapons, if you start a mission with half of your inventory full? Oh, and if you’re afraid that your companions might die during their searches, then don’t give them a good weapon, if they die, you’ll never put your hands on it again. 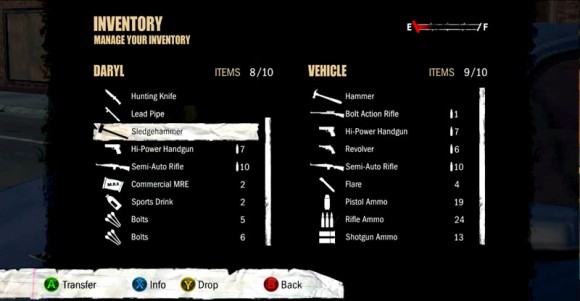