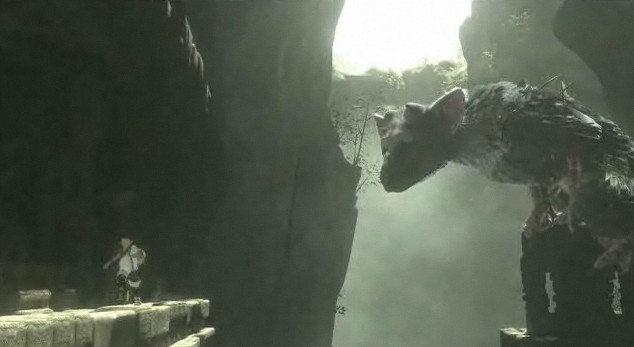 The Last Guardian was announced well over 6 years ago and details have been scarce ever since. Jack Tretton, CEO of SCEA, revealed at E3 2013 that the game was put on hiatus. The Studio Japan title’s lack of an E3 showing worried many fans and confused everyone else. But, as recently stated by Fumito Ueda to Kotaku, “It’s under earnest development.” He continues to say, ” “However, SCE Japan Studio, who’s working on The Last Guardian, also has titles like Puppeteer and Knack, and those are only the ones currently announced. Those are taking priority right now.”

His statement breathes some life into the long overdo video game, as many feared the worst. The reasoning behind The Last Guardian’s anticipation is the talent behind the project. Team Ico, a division under Studio Japan, are known for two of the most artistic video games this industry has seen. Ico, a PS2 title, was released in 2001 and was met with exceptional praise.

Team Ico followed up with perhaps the PS2’s greatest game, Shadow of the Colossus. The game was heralded with an immense number of Game of the Year awards. The game was released in 2005 and marked the last time Team Ico was able to release a title. So the reaction received with the announcement of The Last Guardian isn’t all that crazy.

Puppeteer is slated for a September 10 release on the Playstation 3. Knack is a launch title for the PS4, so plan to see the Mark Cerny inspired plat-former on store shelves starting November 15.

This can also lead to rumors and speculation suggesting that The Last Guardian is now PS4 bound. At this point, it would be for the best.