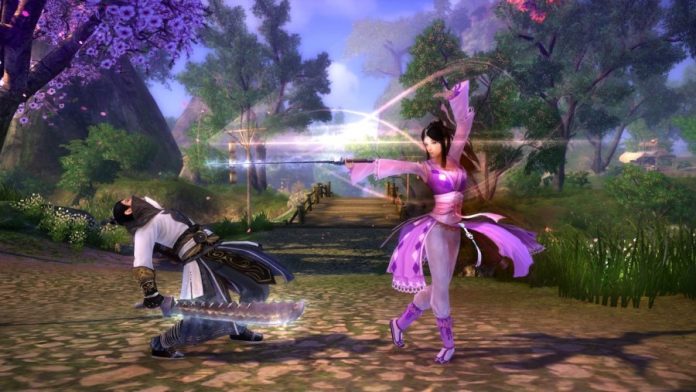 I’ve never been a fan of MMO’s. Partly because the types of games generally associated with the genre weren’t to my taste, but mostly because I try to live a well-rounded existence, and know that an MMO will take over my life, I’ve generally avoided them. However, the recent trend for companies and developers to make their MMO titles free to play has intrigued me.

It seems almost too good to be true. Anybody can download the game for free, create an account, and get playing. Whether you want to wield a sword in a dungeon-crawling RPG, frag your mates in an online FPS, or just simply live out another life in a fantasy epic, that choice has just been made a lot easier. Gone are the days where people were tied down to monthly subscription fees, forcing them to keep playing to justify the extra shifts at work (I know that idea put me off), and in its place is a profit system based entirely on luring gamers in and making them want to spend to level up their avatars.

But if you even think about it for a second, that surely seems illogical for the developers. Without any guarantee of income, companies cannot be sure what money will be coming in, and whether the game is actual successful or not. Sure, they can make the game incredibly addictive, and introduce enough competitive elements to make people want to spend more than their friends. But profit margins will still be reduced, particularly as most people will inevitably decide either not to spend any money, or walk away from the game altogether.

So why do it? Why risk profits and potentially loose huge amounts of income?

It’s just as I said, people like me who have attempted to avoid MMO’s for a long time now find themselves intrigued by the idea of playing games for free. I recently watched a good friend of mine playing some Warframe. With its sleek visuals, extensive customization options, and gameplay reminiscent of Mass Effect and Dead Space, it seemed right up my street. The fact that the game is also free makes it seem perfect. I never would have thought of playing it had I have had to pay a subscription for it. But now I think I just might join in.

But this will not last, it simply cannot. Eventually companies will not be able to afford to spend vast resources making good games that can be accessed for free. Gamers will become frustrated at how restricted the content is. And with the new console generation creating always-online worlds, the lines between MMO and single players will become ever more blurred. There won’t be any reason to play a standalone MMO game – every game will have elements of an MMO within it.

What happens after that is anyone’s guess. I suspect some will try to return to subscription, others may move into this online/single player hybrid that’s emerging. Either way, the fashion of free-to-play is one which brings in new customers, but doesn’t bring in the dollars.