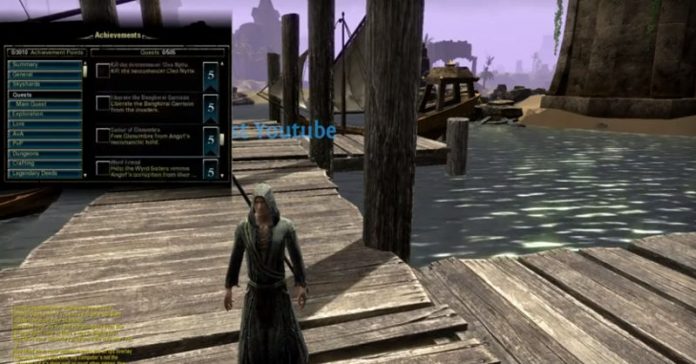 Last month Bethesda announced that the first wave of beta invites were going out for The Elder Scolls Online, their upcoming MMORPG. Today one of the recipients of an invite has broken the Non-disclosure agreement and uploaded a 20 minute gameplay video to Youtube. The video was quickly taken down by the company, but someone was able to download it and put it up on Daily Motion.

Update: The video has been taken down by Daily Motion. However, someone has uploaded it to Vimeo, and as of yet it hasn’t been taken down. Thanks to Redditor indoordinosaur for the link.

Update 2: The Vimeo link has also been taken down, but there’s another video up on Daily Motion. Given the track record, it likely won’t be up for long. Thanks to Redditor Nyda.

The video details the very early stages of the game, starting with a character creation screen which seems fairly standard; race, hair, face and body shape will all be customisable. In the video the player opted to go with a human mage, showcasing the level one ability of throwing fireballs. This seemed to be the only way that the mage could attack, but other players who had opted to go a warrior class could be observed hacking away at enemies. 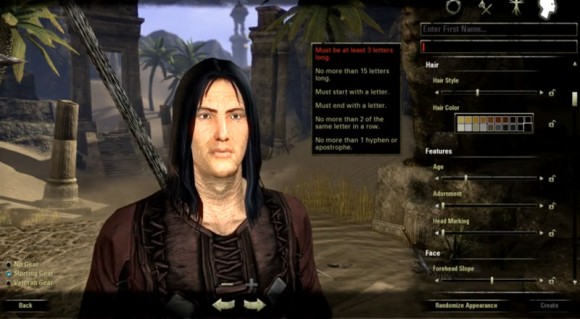 The world seemed to be filled with NPC enemies for the player to whale away on, dropping items that will be useful for alchemy. If the player is overwhelmed by these enemies they can opt to respawn nearby as ghost and become corporeal once they close in on their body. The main disadvantage of death seems to be a “debt” of XP, which prevents the player from earning any additional XP until they pay off the amount they owe. Killing enemies nets players XP, which seemingly can also be gathered by discovering new places on the map and – it can be assumed – by finishing quests.

In terms of quests, the game seemed to stick to the norm; go over here, talk to this person, get a mission and then fulfill it. Nothing groundbreaking, but it’s what players are used to. Unfortunately the player opted to skip over the vast majority of the conversations  so it remains to be seen how heavily The Elder Scrolls Online will utilise the extensive lore of the universe in these quests. 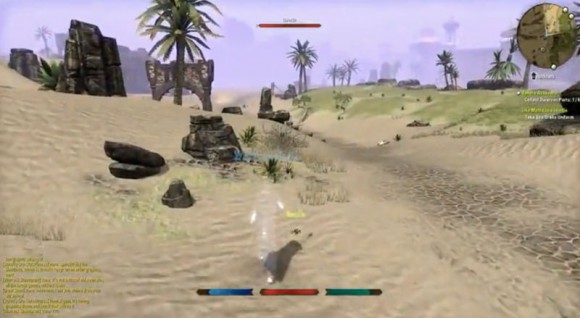 The player was able to use a text box in order to get their character to perform actions, with the player able to type in commands for sleeping, dancing, waving and the like. As the player wandered around, this same box could be seen filling up with chatter from other players in the area.

The Elder Scrolls Online is slated for release later this year.