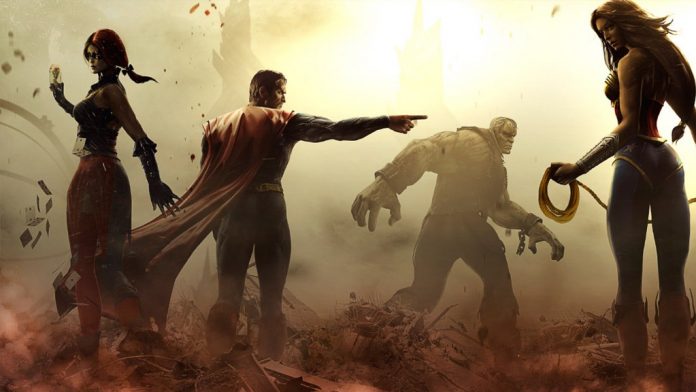 Injustice: Gods Among Us is an upcoming fighting game based on the fictional world of DC Comics. The release date is scheduled for April 19th and it’s currently being developed by NetherRealm Studios. In a world where good and evil have been completely blurred, fighting seems to lose meaning. In the original comics, there’s always a very defined line between sides and the purpose of each hero is evident. Now, in this game the traditional structure has been eliminated, evil and good can team up together in ruthless battles. It’s surely very exciting to see distinct characters, who have been fighting each other forever, joining forces to team up against an enemy party but does it make any sense? It does not simply break the rules of DC Comics, as it creates an antagonistic dilemma about the heroes that we’ve got to know in the past. Suddenly, everyone stands up for himself and there’s absolutely no problem to team up with the supposed enemies in order to achieve victory. I think the whole concept of being a hero is lost here. Heroes are no more, they’ve become combatants, soldiers of a supernatural war named Injustice: Gods Among Us. DC Comic heroes have been transformed into battle beasts, arena champions that fight just for the sake of it. Will then this PlayStation 3 and Xbox360 title be worth playing? Surely yes, if you’re a fighting genre enthusiastic; there’s plenty of interactive combat features that will certainly offer players an splendid experience. However, if you’re a fan of DC heroes and you do not wish to see their original stories disrupted, then you most likely don’t want to play Gods Among Us. Because that’s exactly what you’ll find – a battle focused game, where characters have no background or influence at all, their only purpose is to fight against each other and take over the battlefields through glorious victories. 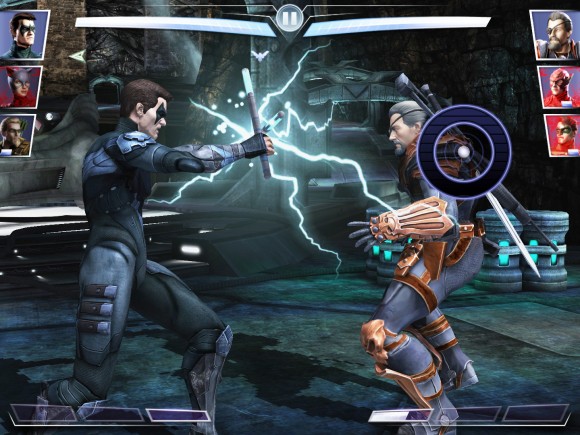 According to Warner Bros and NetherRealm Studios the game presents intense match makings and epic battles:

The title debuts a bold new fighting game franchise that introduces a deep, original story featuring a large cast of favourite DC Comics icons such as Batman, Green Arrow, Cyborg, Harley Quinn, Nightwing, Solomon Grundy, Superman, The Flash, Wonder Woman, Green Lantern and many others. Set in a world where the lines between good and evil are blurred, players will experience heroes and villains engaging in epic battles on a massive scale.

Using environmental objects as weapons will become a possibility, throwing buildings and vehicles at your opponent will surely inflict high levels of damage. Other creature features will also be present. Each hero has a special skill to be unlocked, for example Batman can summon mechanic bats. Creating the perfect team will probably be one of the major challenges in game, there are currently 24 champions, each one with its own specialties and powers. Structuring  strategically efficient teams will stand at the hands of players. The combat system disposes several combos and special mini games that makes the whole fight more real and exciting. If you don’t mind teaming up with your worst DC enemy, then you don’t want to miss this upcoming title. Good or evil, your goal remains the same in Injustice Gods Among Us – defeat your opponents and become a true god. However, the game doesn’t display any stunning features and for a fighting title, there’s nothing outstanding about it.