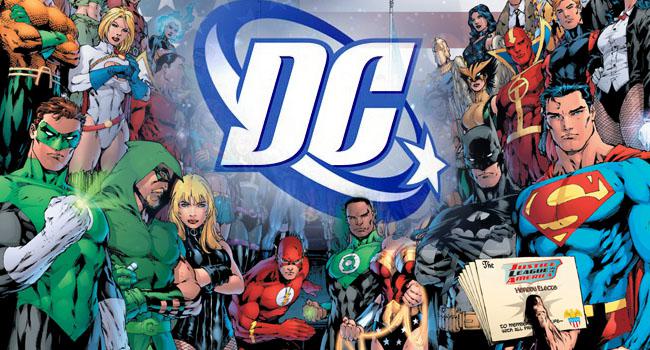 Warner Bros is one of the leading entertainment companies in the world. One of their Units DC Entertainment is the publisher of the most popular series of comics, DC Comics. Playtech, on the other hand is one of the leading casino software development companies. These two companies signed a multi-year deal. According to the deal Playtech will be allowed to develop and release four thrilling casino games based on DC Comics’ films and shows.

The new branded Playtech slots will feature some of the most popular DC films and characters, such as Superman I and Superman II, which were released in 1978 and 1980 respectively. Some newer DC’s products will also be featured, such as Man of Steel (2013) and Green Lantern that was released two years earlier. In addition, the iconic 1960s Batman TV series will also be included. If you are a fan of casino games check out this website and guide and this Royal Panda review.

People who visited the ICE in 2016, and particularly the Playtech stand, had the chance to see the authentic costumes from the Man of Steel.

Playtech want to make sure that the games will be designed in a realistic manner and will be out as soon as possible, so they made sure that only their top staff from all over the world will be working on the development of these DC themed slots.

Mor Weizer, who is the Chief Executive Officer of Playtech was pretty excited about the deal. He said that the quality of Playtech’s slot offer will be increased further by the signing of this deal. In his opinion both companies will benefit from this partnership. He also mentioned that he expects a long and prosperous relationship between the two companies.

Playtech has so far released more than 600 games. Most of them are available on all platforms and different kinds of devices, including iPhones and iPads. Their One omni-channel gives players the ultimate casino gaming and betting experience from a single account, funded from a single wallet. This makes things a lot easier for casino players.

The Consumer Products department of Werner Bros is responsible for the agreements of each Werner Bros’ branch, including DC Entertainment. Consumer Products were the other party to this deal as well. Therefore, the games that will be developed by Playtech will be copyright protected and will have a trademark of both Warner Bros. Entertainment and their division DC Comics.