Every Wednesday, Patrick Panebianco (better known by his online alias ‘Shintaz’) shares his knowledge, opinion and passion for competitive gaming in Team Fortress 2. Each week holds something different, ranging from interviews, to tips and guides, to past experiences. All things said in this series of articles are his opinion and do not reflect the opinions of anybody else.

This week, he continues to tell you about a different competitive game-type (Highlander) and why he thinks that TF2 is best player competitively! If you haven’t already read the first part, go here!

Before I start the second part of this series of TF2 articles, let’s just recap what we’ve already been through: 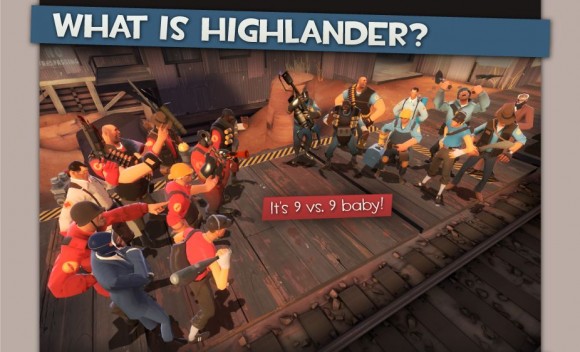 Some of you may already know what Highlander is – after all, it is a game-type which you can find on a public server! I hate to say that I’m not amazingly experienced in Highlander, but I have played it, and I definitely see the appeal. Highlander, by many, is seen as the gateway into competitive TF2 from public TF2. Many others see it as how competitive should be, as it utilises every class in a match, rather than sticking to the regular format of two scouts, two soldiers, one medic and the most overpowered piece of sh- er, one demoman. As with 6v6, let’s have a quick rundown of what Highlander is all about:

If you’re interested in the full rulesets, here they are: Europe, America

Now, I know what you’re thinking: not only is this Patrick guy great at writing articles, but I bet he’s really good looking too. But that’s beside the point, let’s stay on topic. In comparison to 6v6, Highlander clearly allows more diversity, lets you play your favourite class and is generally less ‘structured’ than 6v6 to encourage the use of multiple load-outs, maps, etc. Not many people know it, but I was actually part of a Highlander team once, and I had great fun – but to me, and many others, Highlander was simply an ‘escape’ from the seriousness that 6v6 needed in order to be the very best! This isn’t to say that I’m cussing down Highlander in any way, but, personally, I’ve had better experiences with 6v6. I may be coming across as a bit biased currently, and my words can only deliver so much of what Highlander has to offer – so once again, I present to you a video which captures the wide range of possibilities in Highlander:

So: at this stage, we’ve discussed public TF2, 6v6 TF2 and Highlander. As always, let’s list the pros and cons of Highlander:

If you want to get started in Highlander, ETF2L is your best bet if you’re European, and UGC if you’re American.

So, that’s it – I’ve told you what I can about public TF2, 6v6 TF2 and Highlander. But why have I done this? Is it because I’m obnoxious and want my voice heard? Is it because I want to show you that if you dislike 6v6 you are wrong? Well, actually, neither of these are the case. What I want to do by the end of the article is to convince you that competitive Team Fortress 2 is definitely a venture worth your time!

Competitive vs. Public – the ultimate battle!

Beginning note: competitive will be 6v6, not Highlander. 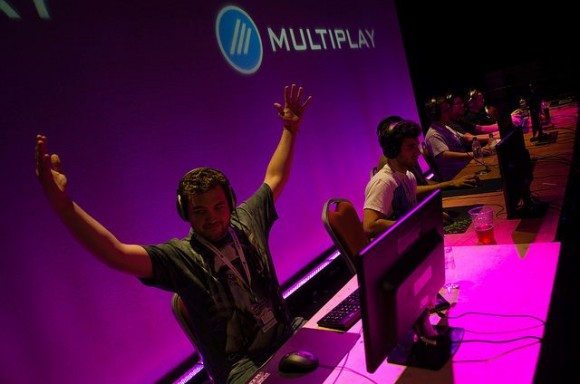 So, I guess it’d be a great time for my introduction to finally be relevant. Hi, I’m Patrick “Shintaz” Panebianco. I used to be in one of Europe’s best Team Fortress 2 teams, Epsilon eSports, and my main class was scout. Throughout my time in TF2, I was able to win some money (and hardware prizes!), meet great people and refine my FPS skills in general. I entered competitive TF2 in early 2008 – so the fierce range of weapons and hats were yet to be introduced to the game.

Like many reading this article (I hope so anyway, these are the people I’m trying to reach out to) I was huge about public TF2. I loved it. I was 15 years old when I started playing and I couldn’t get enough. I’d rush my little legs home from school every day, slam my bag on the floor, boot up the PC and [try to] frag people all day. It was my first “real” game, in which I spent most of my spare time on. However, as days went on, I began to realise that nearly every day was the same – no matter what class I played, I was getting bored. Now, the problem is, that may not be the case for some of you – what with the fact that each class has approximately 100,000 unlocks, I’m sure you’re still loving it. But that’s no reason to stop reading and disregard everything I say.

I don’t want to run you through my journey (let’s save that for another article, shall we?), but the point I’m trying to make is: when you play competitive TF2, no two games are the same. A pretty lame point to make, considering the same is also statistically true for every game ever made, including Chess. So why not go competitive in Chess? Well, if you have a passion for Chess, go for it. However, there are many other points I’d like to make about TF2 before you go off and beat Viswanathan Anand (he’s the current World Chess Champion – yes, I Googled it):

The Team Fortress 2 community that attended i46 (sadly, I missed this photo!)

I’m never great at concluding articles, but I do want to say this: there is no reason for you not to at least try competitive TF2. Sure, you may have encountered one little prat who thinks he’s the don because he’s played in a team (yeah, that was probably me, sorry about that), but I can assure you that one person does not reflect the attitude of everybody in the community. The above reasons is why I think you should get started – you’ll almost certainly find your own passion for the game in due time.

I’d like to give a huge thank you to the Arie over at VanillaTF2. I’m sure that site will play a huge part in articles to come.

Next week, Patrick takes to the streets of TF2 and asks a range of people why THEY like playing competitively, and why they think you should too!