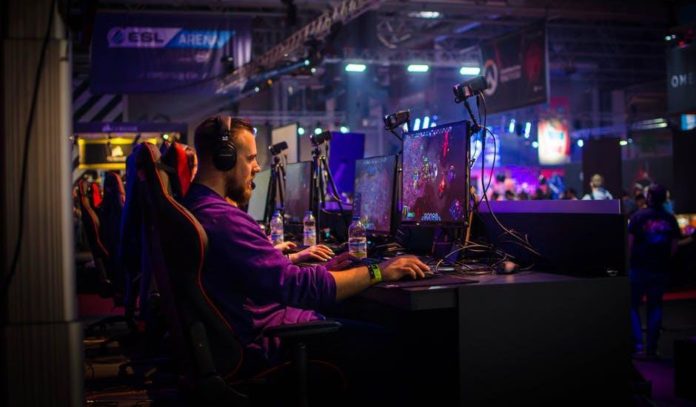 In the two decades or so since the internet emerged, the pace of progress has been phenomenal. In the 1990s, being able to make a video call to someone virtually anywhere in the world would have seemed like a kind of science fiction fantasy like space travel for all or meals that you could enjoy in pill form. But now it’s second nature to space face-to-face to anyone, anytime, anywhere.

It’s not just in the world of communications that huge transformations have taken place. They’ve been far more widespread than that, and one of the spheres in which the greatest advancements have been made is gaming.

The global online gaming industry reaches new heights every year. Surely one of the biggest breakthroughs that was brought on by the internet was the introduction of multi-player gaming. This not only introduced a whole new dimension, knowing that you could be competing not just with a computer, but with real life players, almost anywhere else in the world. Combined with the increasing sophistication of the games software as well as ever more detailed graphics and motion it means we’re positively light years away from the very first multi-player games like Spectre and Doom from the early 1990s.

But while it’s always interesting to look to the past and speculate on which developments were more groundbreaking than others, looking to the future is a far more exciting one and the road ahead for online games certainly looks to be full of potential developments.

Let’s take a look at how innovations in gaming are bringing about ever-greater connections between players, better quality graphics and more immersive, engaging gameplay.

The continued growth of the eSports phenomenon

eSports was once a distinctly niche activity – but now it’s big business. Just last year, more than 170,000 people attended the first-ever Intel Extreme Masters tournament in Katowice. More broadly, eSports is predicted to be worth almost $1.5 million a year by 2020 – with sponsorship deals on the rise, schools recognising its potential, and players becoming superstars. 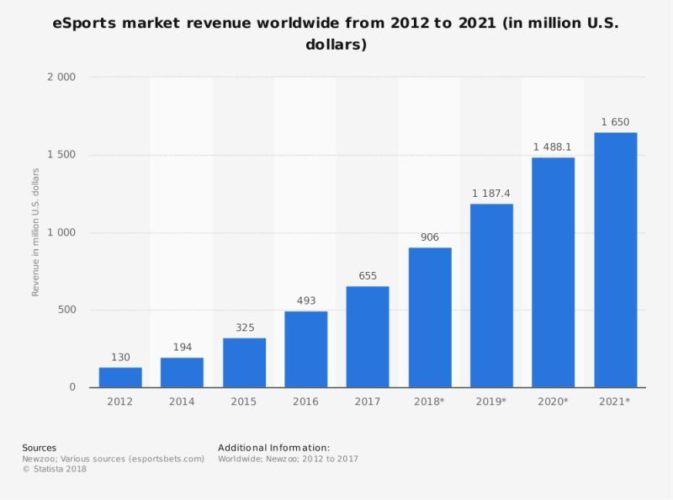 If the revenue that this relatively new phenomenon is due to generate is impressive – just take a look at the prize money on offer, which is equally astonishing. This has also created something that few could ever have expected to see – millions of gaming fans who are even prepared to pay for the privilege of watching true experts in the field show off their skills in games like Dota 2 and League of Legends.

With a potentially massive global audience – already around 87% of Americans are online – and an ever-increasing number of devices connected to the internet with the projection that this figure will be over 25 billion in 2020, the sky seems to be the limit for eSports.

They’ve also seen the start of some very remarkable crossovers including the signing of one of the world’s best players FIFA interactive football players, David Bytheway by the German football club Wolfsburg as an online brand ambassador. This could be the start of an increasingly popular trend for the coming together of online and offline worlds which could extend into many different sports and other areas of expertise.

A move towards AR and VR gaming 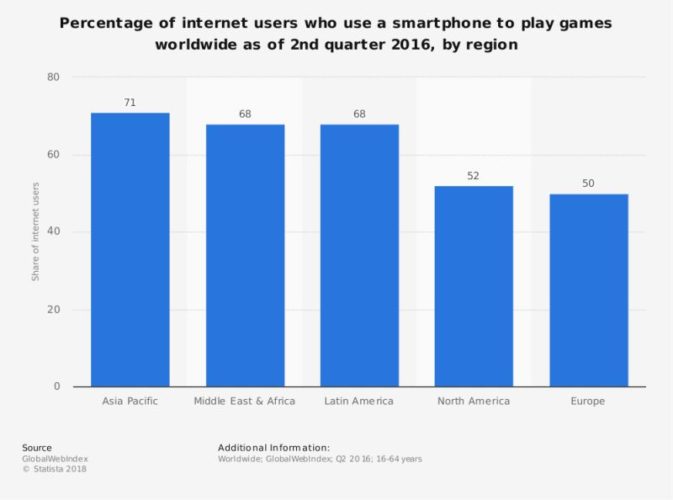 It was Pokemon Go! That really focussed the world’s attention on augmented reality when it arrived from nowhere and took the world by storm back in 2016 and, while there hasn’t been a launch to rival it since, there’s no doubt that games developers are hard at work on the next big augmented reality idea, The fact that so many people now play games on mobiles, as shown below, means that it’s tech that’s tailor-made for hand-held devices.

Of course, much has been made about virtual reality, with many believing that the technology has finally come of age with the right software to exploit it to the full and headsets that are within the reach of almost anyone’s pocket. Obviously, the potential for gamers is enormous. Instead of playing a game on screen that takes you to a different world, with VR it’s possible to inhabit a perfectly-realised 3D recreation of it. There is literally no area of online gaming that this couldn’t transform, whether battling zombies in a post-apocalyptic landscape or playing roulette in a lavishly appointed casino.

In terms of artificial intelligence, the possibilities for this are perhaps the most exciting of all. For example, it surely can’t be long until we’ll be able to play games against a computer tat acts and reacts like a live opponent. It’s already shown that a computer can use AI to beat poker professionals at their own game and this could just be the start of something truly earth-shattering in the gaming world.

Greater personalisation – offering the right games for the right players

In fact, online gambling is one particular area of gaming that is projected to see some of the biggest developments in the future. As a very lucrative field, accounting for around £4.5 billion of the gross gambling yield in the UK – accounting for one-third of the UK’s total gambling revenue, according to the Gambling Commission – it’s also a very competitive one.

As a result, the biggest operators are becoming increasingly precise in the sorts of players that they want to attract – bearing in mind their target audience. In an age where everything is personalised – from the updates we see on our social media news feeds, to the type of marketing we receive – we can expect to see this trend in targeting continue and increase among online gambling operators. Naturally, the games on the sites themselves will also reflect this to create an enjoyable gaming experience in every possible way.

Through targeting a specific group of people, it makes it easier to refine your product and cater for your target audience. For example, Roseslots is clearly reaching out to an older, female demographic with its online slot games, which vary greatly in their themes. With engaging slot games based around ancient Egyptians, genies and Native American history. This is a unique route to go down. Traditionally, online slots were predominantly aimed at middle aged males, as competition grew, gambling companies decided to reach out to other demographics in order to get ahead. This began with targeting both younger males and females; in an attempt to stand out from the crowd, Roseslots are now aiming their products at older women, and there is no reason why this strategy will not prove to be successful.

The long-term future of gaming

But what else the future holds for online gaming? Well, there are many possibilities, and the pace of change means that they could arrive much sooner than we expect. One area that is certain to continue booming is in the increasing use of apps to make play simpler and more convenient, as well as being a way to generate income for the games developers while costing players far less than a full game. Then the new generation of consoles is bound to have an impact, too.

Whatever the future holds, it’s certainly fair to say that it’s never been a more exciting time to be a gamer – and it promises to get even more exciting in the very near future.