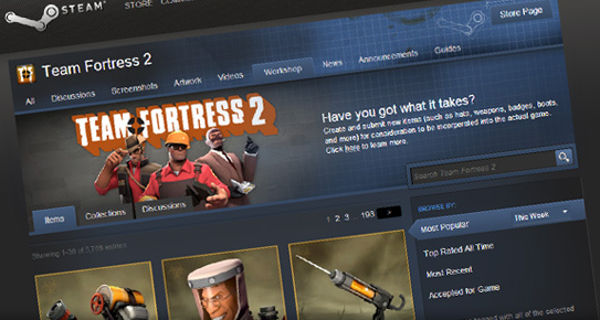 Earlier this week Valve announced that they’d reached a 10 million dollar milestone in terms of community TF2 cosmetics. Of that whopping amount of money, 250,000 dollars has gone to those who contributed to last month’s Electric Boogaloo update. All told, more than 400 people have contributed hats and other items to TF2.

What’s particularly impressive is that the 10 million dollars is merely the amount payed out to the community contributors, who take a fraction of the sale of a hat. As such, the total revenue generated from the Steam Workshop is even higher.

In celebration of this announcement, Valve have also released a new item submission tool which is intended to make it even easier to implement items into TF2. The tool runs each a user created item through a series of tests to ensure that it conforms to all the standards expected of a proper TF2 hat. This is intended to speed up the implementation process, as Valve will now need to spend less time on reviewing a given item.

Valve have also hinted at a new update which will only use items submitted via the new tool. Given that the Steam Summer Event normally starts around this time, it’s likely that we’ll be seeing new TF2 items in a month or so.