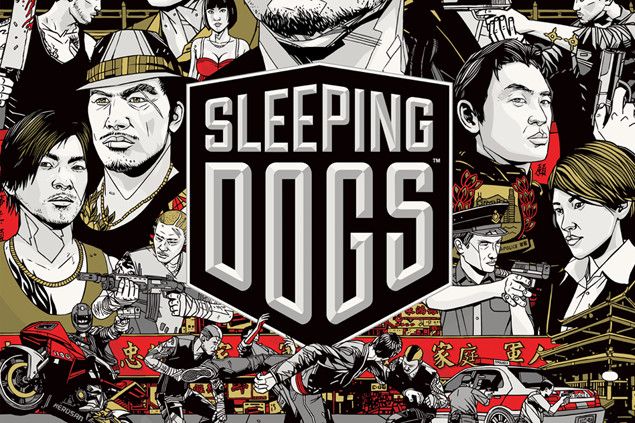 So, like many others Sleeping Dogs only appeared on my radar a few weeks ago and when I found out it was a open world crime caper in the style of a Grand Theft Auto game with a lot of effort put in to use the extra horsepower of PC then I was sold. Sleeping Dogs is developed by United Front Games and has emerged from what was the True Crime series that you may remember from a few years ago and when Activision dropped the game due to the length of time it was taking Square Enix bought the rights to the game, but didn’t buy the True Crime name thus Sleeping Dogs was born.

Sleeping Dogs takes place in Hong Kong, but its not a brick for brick or building for building representation of the city like L.A in L.A Noire for example its been designed just to give you a feel for what the city is like. You play as Wei Shen an undercover cop those job it is to try and take down a triad gang from the inside and its always a fine line that he walks as he goes about his business doing missions for the triad gang while also feeding information to the police and doing missions for them as well when they appear. There is a leveling system for both the triad and cop side of your character and after gaining experience through doing missions you level up and can then pick a perk kind of Skyrim/Fallout 3 style which will help you in future missions.

There is a nice range of diversity in the main story missions that you take on and you never feel like you have done the same mission before or they are recycled in any way like some other open world style games. It helps the game that you play as both triad gang member and cop as the story weaves in and out of the two sides of your character that you play and there is always interesting twists and turns that happen the deeper you fall into the Triad gang underworld . There are quite a few side missions to do also, but they generally aren’t as good or as interesting and the main story line missions with many of them just being ‘go there and do this’ style and the Police pursuit missions where you gun down gang members driving cars and riding bikes on a stretch of motorway for no apparent reason just feels very out of place with the rest of the game and a bit tacked on. There is of course the almost obligatory car stealing missions that you get with every open world game and a race scene that unlocks when you buy certain styles of cars and motorbikes.

For anyone those played and enjoyed open world city games like GTA or Saints Row you will feel right at home here. There are four main areas in the city, Aberdeen, North Point, Central and Kennedy Town and as you would expect with a modern day open world style game its a pretty big area to drive around and discover. You can get around the city in all the usual ways such as car, motorbike, taxi or even walk if you fancy a stroll. You start with only a motorbike in your garage, but its not long before you find cars shops or get given bonus vehicle’s for doing missions and you can do all the usual things like car jacking and stealing if you see something that you fancy taking for a spin. The handling of the cars and bikes is very much arcade style and feels very similar to Saints Row 3 for those of you that have played that game. Just about everything is marked on your map so you can see story missions, side missions, clothing stores, car stores, food stores and set GPS way points to where ever you need to go.

Hand to hand combat is a big part of Sleeping Dogs and developer tried to model it on Rocksteady’s Batman games which is a pretty good game to copy in that department. In fights you are generally surrounded by enemies and have to take your foe’s out one at a time, but also watch for counter attack opportunities when a enemy glows red. You can use the environment to take out many of your enemies which often brings a smile to your face such as slamming a guys head into large sound speaker in a night club fight or picking up another guy and throwing him into a dumpster. Fights are very fast placed and for the most part feel very slick. Some can be very challenging with much tougher enemies that have different styles of attacks sometimes mixed in the normal guys you fight, but you learn new attacks and combo moves the further you get into the game which helps to deal with most enemies.

Refreshingly for this style of game there is very little gun play in Sleeping Dogs and it took me about 6 or 7 hours of play before I got my hands on a gun. There is a cover system that works pretty well for the most part and also a slow-mo mode that you can enter when you come out of cover and jump over objects very similar to Max Payne.

I have seen some reviewers of the console version comment that the visuals are lacking somewhat and in the videos I’ve seen the textures do look a little low-res and there does seem to be quite a bit of screen tearing present, but the visuals of the PC version are very impressive. The developer United Front Games made a big song and dance about how they had made a big effort with the PC version of Sleeping Dogs and this certainly shows when you play it. The level of detail is quite stunning for the most part with neon lit streets at night during a rain shower looking particularly fantastic. Vehicle models and character models during cut scenes are also very highly detailed and the game just has a layer of polish to it that I haven’t seen in any other open world game to date. On the subject of cut scenes they are excellently done in Sleeping dogs with superb voice acting which your would expect in a modern big budget game. Many of them feature both English and Cantonese dialog and they always feel very natural and not cheesy or hammy in anyway.

On the down side there is a few performance issues that I have noticed while playing Sleeping Dogs with most of them linked to my Nvidia graphics card. Sleeping Dogs is an AMD sponsored game so it is naturally optimized for ATI graphics cards which you would expect of course, but this has caused a few problems for Nvidia people. The SSAA (Super Sampling  Anti-Aliasing) used in the game doesn’t run to well on Nvidia cards at the moment mainly because Nvidia have not released an optimized set of drivers for this game yet. On my system this had a big hit on my frame rate as well as running my Nvidia graphics card at very high temperatures so I eventually had to disable that option completely. There is currently no SLI profile available for the game either, but after some digging around many people recommend using the “x0C4010F5” SLI flag in Nvidia Inspector as a temporary fix which seems to give a good performance boost. No doubt Nvidia are already hard at work on some optimized drivers for this game and I would expect to see a beta set released soon that improve performance and fix some of these issues. These problems aside the game in general does run quite well with an average frame rate of around 55-65 on my 580 GTX at high detail settings with the aforementioned SSAA turned off and Ambient Occlusion set at medium. There is also the option to download a high resolution texture pack for the PC version that weights in at 4.5 gigabyte which I would highly recommend.

Overall Sleeping Dogs is a very impressive package on PC with a vast and beautifully detailed city to explore along with the twisting and turning undercover cop story line which keeps you interested throughout. There is certainly a good 30 hours worth of gameplay and exploring to be done here and with developer United Front Games promising to support the game over the next 6 months with many different DLC packages there will be plenty more to do once you have finished the main story line. I would recommend this game to every PC gamer, but bear in mind that if you want to see it at its very best you will need some very good hardware.