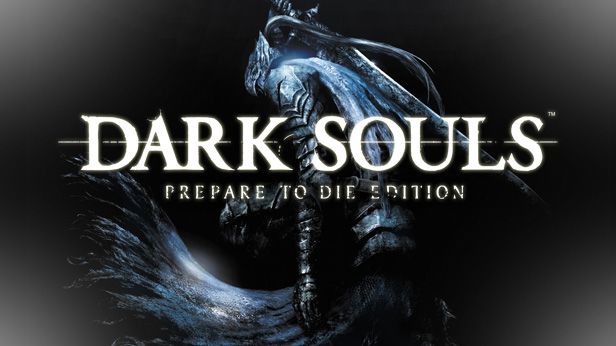 If there is one thing that most PC gamers want from their games its a challenge. When the original version of Bioshock was released back in 2007 PC gamers weren’t happy that the game was hard enough so they modded it to make it harder. The Witcher 2 was an extremely difficult game on the hardest setting, but many players demanded that there should be something even harder for them to experience so the developers gave them insane difficulty. So Dark Souls should be right at home on the PC with its uncompromising gameplay and steep learning curve.

For those of you that are unfamiliar with the game, Dark Souls is a third person role playing game where you are thrown into a dark and dangerous world as an undead trying to regain your humanity.You fight your way through this world trying to kill the undead and many other weird and wonderful creatures collecting their souls which helps you to level up your character, upgrade weapons and armor and buy items from vendors that are scattered around this world. For the most part Dark Souls is pretty lite on story telling, but I wouldn’t consider that as a weakness of the game as the game does not want you to have long conversations with ncp’s or watch endless cut scenes it wants you to play it and explore it and I’m fine with that.

When you start the game you can choose from 10 character classes that all have strengths and weaknesses and determine your style of play through the game to a degree. One of the great strengths of the game is its combat and you will find many enemies in Dark Souls looking for a good fight. Timing is everything in combat and choosing the right moments to attack and defend are key to your chances of success during battle. You will also find yourself out numbered on many occasions during the game so using tactics like forcing enemies into a bottleneck so they can only attack you one at a time often come into play, but on the flip side of that idea the bigger and tougher enemies you may want to lure into a more open area so you have space to move around and dodge heavy attacks.

During combat you really need to be awake as one small mistake or lapse in concentrate could be your last. Not only do you need to keep an eye on your health, but also your stamina is just as critical to your survival because when this is very low you will not be able to defend yourself and incoming attacks will go straight through your defense’s doing massive damage to your health. The combat is often a tense and tactical battle especially when you meet an enemy for the first time and you don’t know the pattern of attacks that they are going to use as this information is key to defeating them. There are many boss enemies to defeat in this game and often many deaths to endure before you work out how to take them down. The bosses are extremely ruthless and many can take you down with only a couple of hits if you have not leveled your character in the right way to defend against their attacks.

Dark Souls was an extremely difficult and unforgiving game on consoles and that has not changed for the PC version. The game at no point holds your hand and shows you where to go and how to do things its all up to you to work out how to best play the game and to progress farther into it. This is very refreshing in modern games as to many titles are scripted and very on the rails from a gameplay point of view, but this can also cause problems and frustrations. I played the game when it was first released on consoles last year and when I finished the tutorial area I then had a choice of several different areas to go to and I choose to explore the skeleton graveyard which was a big mistake. After many, many deaths I then found out that my character should be at least 15-20 levels higher to progress through that area, but of course the game didn’t warn me about this and so many frustrating hours where spend trying to fight my way through an area that I had little or no chance of surviving.

Saving your game also requires a lot of thought in Dark Souls. There are many bonfires scattered about where you can save your game, level up your character with the souls you have collected, sort through your loot and weapons and refill your estus flasks that regain health, but the problem with resting at a bonfire is that all the enemies that you have killed (apart from bosses) respawn so you will need to fight your way through them again. I’ve also found that even if you don’t rest and save that some areas will respawn all the enemies anyway which is pretty annoying.

They called this the ‘Prepare To Die Edition’ and you really should be prepared. I’ve lost count of how many times I’ve died playing this game, but my guess would be that its probably into the several hundreds. I’ve have had many dark moments playing this game often questioning whether I should even continue playing it after I’ve meet a boss that seems impossible to defeat or being killed time after time while trying to get though a certain area. The game challenges you and keeps on asking questions of you at every turn. I’ve never known a game evoke so many emotions during play, fear, frustration, anger, but also pure joy and elation when you get past a boss or go through an area I’ve been stuck on for hours and hours. Its a real love or hate game, many have tried to love it and ended up hating it. I know of many people who have started the game and then at some point given up due to the very steep learning curve, but with perseverance and a little help from a Dark Souls Wiki you find that you can make progress and you can defeat that enemy that you previously thought was impossible to get past.

There has been a lot speculation about the PC version with many comments from the developer From Software playing down the PC version and saying that it will only be a direct port of the console version and sadly for PC gamer’s they weren’t lying. The PC version has many problems which start with the controls as the game is just about unplayable on a mouse and keyboard setup due to the very strange mouse sensitivity and bizarre keyboard bindings that at least can be changed in the options. You really will need to buy a gamepad to play this on PC if you haven’t already got one. Graphically the game is not to clever either with very muddy looking low resolution textures in most areas that do look like they have come straight from the console version. The resolution of the game has been locked at 1024×720 and then upscaled to fit your screen which is extremely low for a PC game and looks very bad on modern monitors that can support resolutions of more than double that. The frame rate is also locked at 30 frames per second which is another pill that many PC gamer’s will find hard to swallow, but having played the PC version for many hours this Isn’t so much of an issue as it is a slow moving game that is not based on speed of movement like a first person shooter is or a racing game. However in certain areas of they game I noticed my frames per second going down to nearly single figures which made the game close to unplayable and for a game that looks as poor as what this does is pretty unacceptable. It not the worst console to PC port I have ever seen, but there’s is a good chance it would make the top ten.

Luckily there are many talented and clever people in the PC mod community and already there is a fix for the resolution problem which means you can play the game at your monitors native resolution which makes a big difference to the look of the game and also the frame rate problem has been fixed which was an issue with the depth of field view so now the game a least runs at a constant 30 frame per second. For more information on this mod take a look at http://blog.metaclassofnil.com which is the blog page of the guy who came up with these fixes and god bless him for doing so.

Its a strange relationship that I have with this game as I don’t always love the game, but I do love the challenge of the game. Dark souls is certainly not a game for everybody and it really depends on if you play game’s for a challenge or you just play for fun because there are many times where this game can be a bit of a grind and not a whole lot of fun. There is much frustration and pain to be endured playing this game, but if you can take this on the chin and understand why you failed then you always have hope of making progress. Despite the technical problems of the PC version its the gameplay that still shines though and wins the day. There are many hours of play to be had from Dark Souls and with the PC exclusive DLC also added to this version it just extends an already huge game even farther. Two of the major graphical problems have already been fixed so there is some hope that the PC mod community can keep improving the game over time as they do with many other games.