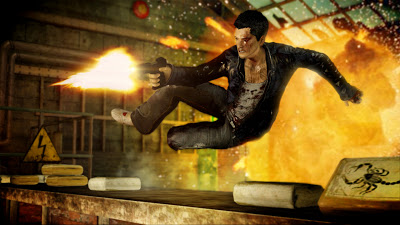 A spiritual successor of sorts to the 2012 open-world hit Sleeping Dogs is in the works. The game was announced by United Front Games on the studio’s website, the original developer behind the first title. The studio has also confirmed that the sequel is “based in the Sleeping Dogs universe” and will be called Triad Wars. The news comes after Square Enix filed a trademark for Triad Wars on September 30.

United Front Games called Triad Wars a dream title for them to work on and that “it’s something we’ve wanted to do for ages, and we’re very happy to be working with Square Enix again… but that’s all we can give you for the time being – we’ll have more information about what the game’s going to be in 2014.”

Sleeping Dogs has currently sold nearly 2 million copies; a feat that Square Enix quantified as a failure. The title features Hong Kong as it’s open-world setting and players can take on the role of undercover cop Wei Shen, the game’s main protagonist. The title was originally canceled by Actvision several years ago until it was picked up by Square Enix. The game released to great critical reception and has sold decently well; despite the publisher’s lofty benchmarks.