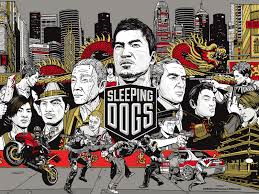 Microsoft has announced the two free games they will be rewarding their gold members with for January 2014.

The first game up is Square Enix’s Hong Kong based sandbox game Sleeping Dogs. The game, released in 2012, sees you play as Wei Shen: an undercover police officer who is tasked with infiltrating the triad organisation Sun On Yee.

The game was very well received by critics and represents a $20 (£15) saving from the Games on Demand service. This open world title will be available to download for free from the 1st January to the 15th January.

The second half of the month sees Microsoft offering players the chance to experience the 2010 spin off from the Tomb Raider franchise Lara Croft: Guardian of Light. The action platformer was geared towards the multiplayer aspect of the game. It saw players control either Lara Croft or a 2,000 year old Mayan warrior named Totec as you battle through a temple to defeat the Keeper of Darkness Xototl.

Another well received game by the critics; this download will save you $15 (£10), and will be available from the 16th January to the 31st January.

Today is the last day for you to download Shoot Many Robots for free.

Last month, Major Nelson tweeted that the Games with Gold programme is expected to launch on the Xbox One sometime in 2014.

January sees a step up from previous months offerings, which have given us games which, despite being really good, have aged and you could argue those who wanted to play these games would have done so a while ago (namely the original Gears of War and Halo 3).

It has given us some good games that may have passed others by (Might and Magic), but when you look at the earlier report of Sony’s PlayStation Plus perks for January (which includes Bioshock Infinite for free), I feel Sony have the better of Microsoft in this area.

What are your thoughts on this months offerings? What would you like to see put up for free next?