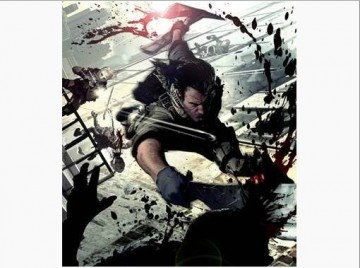 New 3rd-person action-adventure game Devil’s Third, from Dead or Alive creator Tomonobu Itagak and Valhalla Game Studios, is 80 percent finished and is on its way for a 2014 launch debut.

“Next year will be the year we’ll be releasing the console game, Devil’s Third,” Itagaki told 4Gamers (as translated by Siliconera). “At the moment, it is about 80 percent complete, and we can about see the end of it. However, there’s still a little more polishing that needs to be done. That’s also one of the reasons I’ve decided to work independently.”

“For you fans out there, I’d like to apologize for making you worry,” he added. “We’ll be going all out next year, so please look forward to it.”

The title was once planned for a last-gen only release, for both the Xbox 360 and PS3. But ever since the now defunct publisher of the game, THQ, has collapsed it is unclear who will publish it and if it will translate to next-gen consoles as well. Itagki has met several publishers in the past to discuss a deal for the game. Valhalla Game Studios currently have major plans for Devil’s Third that would see become an ambitious marketing brand and “blockbuster franchise”.