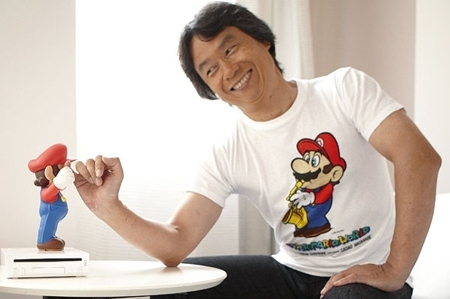 When Nintendo decides to choose a developer for their next Metroid game, Retro Studios will have “high priority” over the choice to develop one, according to legendary Nintendo designer Shigeru Miyamoto.

Miyamoto, in an interview with Nintendo Magazine, as confirmed by Nintendo Insider, claimed that Retro studios will be given first choice in developing a new Metroid game. Miyamoto, who is the general manager of Nintendo’s Entertainment Analysis & Development division, had nothing but positive things to say about the experienced studio.

“Retro is a very capable studio and can design a lot of different types of game and I know that because I produced Metroid Prime,” Miyamoto said before explaining that Retro requested to develop another Donkey Kong game following Donkey Kong Country Returns. He went on to say, “I think Retro has really come to a point at which it’s possible for it to have multiple lines running at the same time and having different projects in development. I totally think there are possibilities to see different projects from Retro in the future.”

Retro Studios have developed past Metroid games before, with their latest one being Metroid Prime 3: Corruption, released in 2007. The last Metroid game was released back in 2010 and was developed by Team Ninja. Retro Studios are currently developing Donkey Kong Country: Tropical Freeze for the Wii U. The game is set for a December 6 release date.

The Wii U has also received a recent $50 price drop. A The Legend of Zelda: The Wind Waker bundle is also available for the same price of $299.99. The bundle includes a digital copy of Wind Waker, a 32gb Wii U system, and a digital Hyrule book.