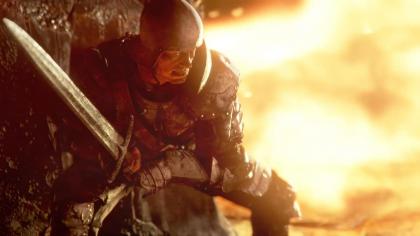 During Tokyo Game Show, Capcom have revealed that the mysterious new PS4 exclusive Deep Down will be a free-to-play title. Shuhei Yoshida, Sony Worldwide Studios president, confirmed through his twitter. He has also stated that an open beta will launch in February 2014. Deep Dow is a dungeon crawler that was announced back in February alongside the PS4. The game will be set in a futuristic New York and players will be able to go back in time through the usage of specific artifacts. The game is similar to the likes of Dark Souls and Dragons Dogma.

Another update to come from Mr. Yoshida involves information concerning the over due Studio Japan title, The Last Guardian. In an interview with Gameinformer, Yoshida revealed that The Last Guardian is still in fact in development.

Yoshida said, “The team is still there in SCE Japan Studio, Ueda-san is still there, but we are still waiting for the time to reintroduce it.”

The Last Guardian was announced in 2009 and we have heard little since. The game’s creative director, Ueda, left development back in 2011. We have only received very little in terms of updates. The game was put on hiatus back in June, but was then revealed last month that the game is now actively being worked on. Studio Japan’s two titles, Knack and Puppeteer, were claimed to take time away from The Last Guardian’s production. Since Puppeteer has already been released, and Knack is due for a November launch alongside the PS4, it seems The Last Guardian is finally the center of attention for Studio Japan.

There’s a good possibility the game will make its debut as a PS4 title.