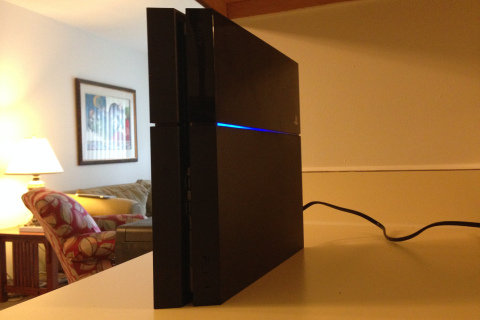 With only a few days since it officially launched back in New York, Sony’s Playstation 4 has already seen a slew of technical issues plaguing consumers’ experience. A few days before the console launched, Kotaku reported an issue with the HDMI port found in the system. The gaming outlet wasn’t able to properly connect their PS4 with an HDMI cable. But the problem and its solution were found- a piece of metal sticking out inside the port wasn’t flushed, which caused issues with the HDMI cable connecting. The metal had to be pushed down using a pin, which in turn enabled the cable to finally connect.

But a more serious issue has since been discovered, the now nicknamed Blue Light of Death courtesy of Xbox 360’s infamous Red Ring of Death. Plenty of players have seen their PS4s flash a blue light while unsuccessfully turning on and or working, essentially regulating the system into a paperweight. We’ve tried to cover all possible Blue Light of Death fixes here.

There isn’t accurate data that can lead us to determine how far this problem extends, besides the percentage Sony provided for the failure rate of their console, which is only .4%. With over one million units sold already that brings us a total of only 4,000 systems permanently damaged from the dreaded blue light. While that is a relatively small number compared to the one million, that’s still 4,000 too many and hasn’t stopped consumers from venting their frustrations and complaints through Playstation forums.

Sony has since posted an extensive troubleshoot guide that attempts to fix the problem, but actual results from using the guide haven’t been discovered. Sony clarified what might be causing the flashing blue light, and the several indications that can help you determine if you have the very same problems.

If your system is experiencing any, or all of the following issues than it just might be affected:

The short list are only some of the problems, and there can very well be even more we don’t know about.

Some of the things that might be causing these issues are as follows:

We highly recommend users to extensively read through the guide Sony provided, as it might just help you out after all. There are also a number of posts from other consumers affected that can enlighten your particular situation.

Outside of fixing the problem through the guide, the only options that are left for people is to return their product to the site or store they purchased it from and demand a full refund. Amazon has been cooperative in that respect, immediately offering up full refunds for defected units. But they won’t provide a replacement for customers. This is a common trend throughout most outlets, as it is nearly impossible to even find a PS4 out in the market.

The last option available to people is to contact Sony’s customer support in their Playstation department. Several game outlets have tested just how good the support system was, and it was just barely decent. The live chat system proved to be the worst route to go while the support system by phone is the best one to try out.

After explaining your issue to the customer representative they’ll most likely encourage you to visit a Sony store nearby as they are adept at fixing the issue right there and then. If a store isn’t nearby, as they’re not that common, than you’ll be provided with shipping options in which you’ll have to consult with the representative about. After the console is shipped they will attempt to fix the issue, if they fail than a new system might be shipped in about a week or so.

This is all might sound like a terrible nightmare, and it most definitely is for plenty of affected customers. But this is a console launch after all, which rarely go well, if ever.

We’ll update the story with any new findings.