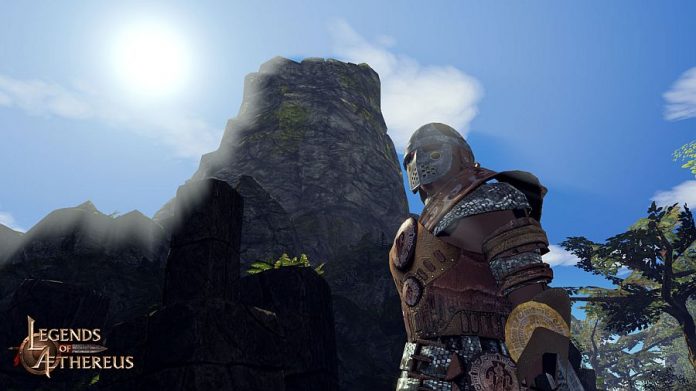 Following a successful Kickstarter campaign, ThreeGates have announced that their promising RPG game Legends of Aethereus is available for pre-order, which grants immediate access to the game’s beta stage where you can already start exploring the beautiful worlds of the game and actually have fun playing the game!

Legends of Aethereus is a high action RPG with up to four player co-op and a variety of PvP game types. Join forces in online multiplayer cooperative expeditions as the Inventor, Astrographer or Officer and venture into the uncharted wilderness of Aethereus seeking fame, glory and untold riches.

Embark on a variety of story driven hand-crafted expedition levels or explore the wilderness through a variety of procedurally generated exploration quests. Design and build new gear and weapons while you develop your character across a diverse and expansive skill tree allowing for a multitude of character strategies.

The game can be pre-ordered from it’s official website for $24.99 (which automatically gives you access to the beta) and by the looks of it, we’re talking about a really hot game here, so visit their site and give it a try!