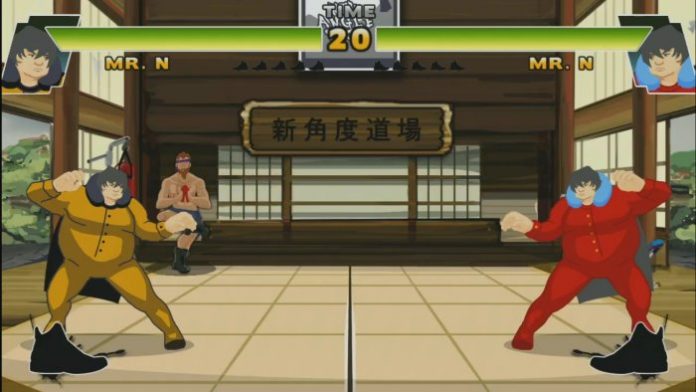 Oh Divekick. The game designed as a satirical answer to Street Fighter IV: Arcade Edition’s  terrible addition of the..well, overpowered dive kick. Designed by Dave Lang, editor and chief of fighting game forum – Shoryuken, Divekick has been given much praise and adoration during its early developmental stage.

With literally only two buttons to use, a jump and then kick respectively, and a game model resembling that of Super Smash Brothers sudden death mode, this title is the perfect emulation of that heavy anticipation of any fighting title– the moment when two players are a press away from death, and any dive–any kick, could end it all.

Of course with such a large community backing up its creation, Divekick proves to be a very anticipated title– and though the waiting might not be over, the taste of sweet arrival brushes our lips as Dave Lang tweets an update on both the price, and projected release date: August 20th, at the price point of $10.

To make this news even tastier, it’s to be remembered that the game of diving and kicks is a cross buy title– meaning purchasing it on one Sony Platform, such as the PSVita, guarantees you a copy on the PS3. How (excuse the pun) kicka**! (Keep in mind however, that the price point and release date/ news of cross-buy capability has yet to be announced for the PC version of the game).

Although the title itself may just be a parody of the silliness in a lot of fighting games, keep in mind that it does indeed justify it’s price point. Divekick is a hilariously fun title. It manages to capture that sweet moment of victory in all of yester-years fighting games: all the while making it so simple, you only need two buttons. For more news on flying fists, hidden dragons, and Dive-kicks, make sure to stay tuned here, at Unigamesity.