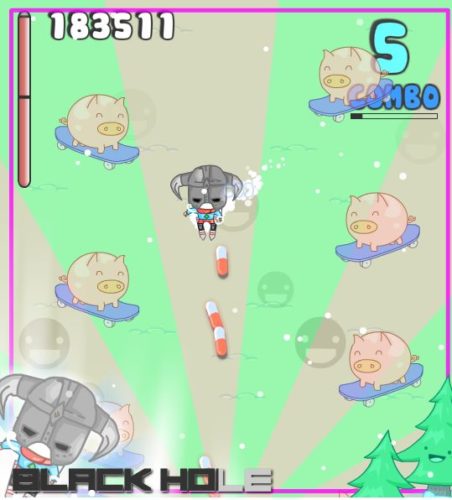 It’s not that often that you can pay 1 US dollar for a gold edition of the game for PCs, but Super Ski Runner is that type of title. Released as a “pay what you want” game, Ironzilla’s skiing game Super Ski Runner will certainly delight all gamers with its wacky style and nice gameplay.

Also, this game is probably the first (and certainly the only for a long time now – or at least until a sequel is released) skiing game where you kind of drug your character. Your goal, as you go down the slopes, is to gather many pills that will make your vision bright, change the colors on the screen and bring up that techno music that goes perfectly hand in hand with this kind of behavior.

Things will go as far as bringing hallucinations to the game and you’ll even manage to turn into different strange creatures (including a laser-spitting robot), which I guess makes you curious enough to at least go out and give Super Ski Runner a try. And it’s cheaper than a pill, since you can pay what you want for it. And the effect are apparently similar.

You can even get the game for free if you are that cheap and you can download Super Ski Runner right now from its official website.