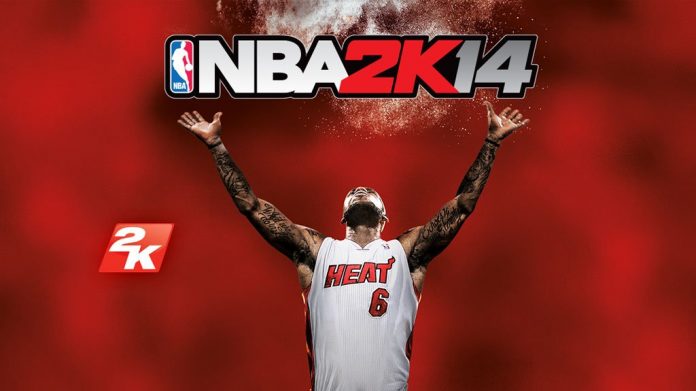 The NBA 2K series has stood at the top of the ladder for many years, even before they lost all competition. In many cases, this might lead to a lack of innovation, due to lack of pressure. For the last few years, though, developer Visual Concepts has continued to up their game and make each iteration more worthwhile than the last, but does this year bring more of the same?

From the get-go, as with 2K13, you begin creating your personal player. Focusing on what I feel is the strongest mode in the series, or even the genre these days, seems to be a good start. From there I immediately wanted to start My Career mode, as I just invested the time to make the player, and see if it got even stronger this year. As soon as the gameplay starts there is a difference to be felt. It’s still the same game, evident by the graphics, there is no doubt about that, but it feels as if they tacked another set of well defined animations on top.  This is immediately evident when you see a few players go up for a rebound. The ball can bounce around a few times, and battles actually take place. It’s a little touch but it’s much appreciated. The addition of the Pro Stick (effectively combining the dribbling of the right stick with a shot stick) works wonderfully in the flow of a game. Controls are easy enough to operate, but when you really dive into them and learn the nuance, that’s when you see the true potential. It still seems like defenders become an impenetrable wall every now and then, but adequate control of the stick with a skilled player can get you around them more often now. When it fails, however, the new animations are again present, as players on both ends react more realistically when they collide. It seems like it may be easier to foul on standard jump shots this year, but you are given greater control of your destiny on defense, rather than just making it easier to defend. Simply put, everything when playing the game on the court just looks and plays better, despite recycled graphics.

The remainder of My Career mode feels pasted in from last year. You still have the single player voice, and I’m confident they recorded little new dialogue from any of the voices in the mode. It has been a year since I started a career in 2K13, but every question the team scouts asked before the draft were copied right out of last year, and I could immediately recognize the answers. It’s a shame that this mode seems to be flat-out skipped over, aside from minor tweaks to earning and spending your experience points. 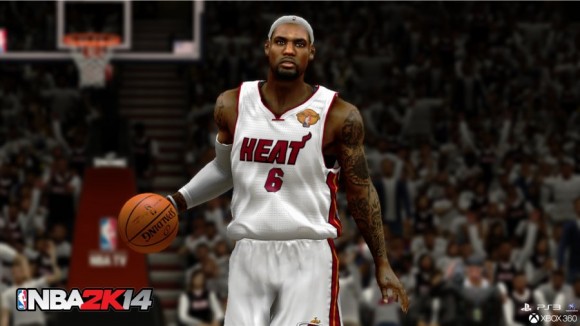 Through the course of my first full team game the staples of the 2K presentation are all present. Sprite slam dunk cams and sideline reports are all accounted for. Unfortunately, this all feels like well tread territory as well. Something about the scoreboard and fly in logos all just feel a bit dated and stale. Even the pregame “TV broadcast intro” feels wrong. The announcers remain the best in the business, however, and they’ve added what feels like a thousand pages of new dialogue that flows more organically than ever before. The experience of a full 5-on-5 game though feels better when you take out the fluff. Again, the game just plays so smooth.

The new mode in this years game, accompanying the cover star, is Lebron: Path To Greatness. Contrary to what it sounds like, you will not be playing his career from the beginning, rather going forward from the end of the current year. Your first option, before you even start the year, is weather to stay with Miami and attempt a dynasty, or leave in free agency yet again. The choices are made for you outside of that, as choosing the latter leads you to New York and eventually back to Cleveland in some designers twisted vision of the future. The mode is pretty bare bones, and rather than playing in a Career mode setting, you are controlling the whole team in each matchup. I just didn’t find it to be very fun.

In the sports genre, a game should be compared with the previous version of itself before comparing it to anything else. NBA 2K14 feels almost identical to the previous version in everything but the gameplay. If you are someone who is content with the way your copy of 2K13 plays, and are looking for some improvements on the feature side, look elsewhere. But, if you are someone who just wants a game that plays better and smoother, than you have a winner. With the trailer for the next-gen version recently released and looking, at least graphically, light years ahead, it’s tough not to wonder if they put this version on the back burner in favor of that one. It will be interesting to see how that version stacks up against this one, and the back-from-the-dead NBA Live franchise on next-gen consoles. Be sure to check back with us for that version’s review in the coming weeks.