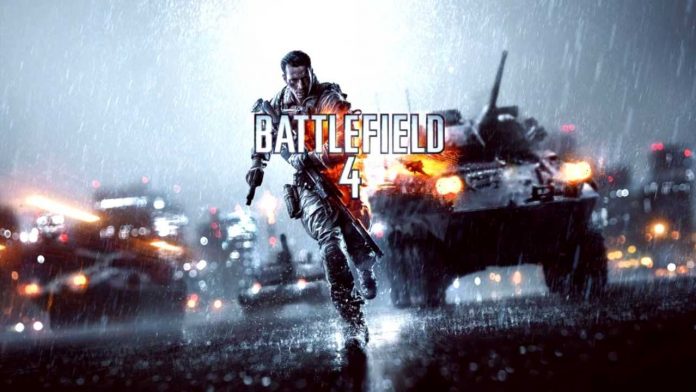 The next-generation of gaming has been one of the most discussed matters in the last months. With the development of the new consoles (PS4 & Xbox One), the gaming industry has been going through multiple changes and the future is packed with endless possibilities, however the results haven’t been noticeable, until now.

The release of Battlefield 4 is changing the perception of traditional gaming and it’s already considered as the arrival of next-gen.  But what differentiates a traditional game from a next-gen one? That’s indeed a hard question, especially when there was no real comparison. But Battlefield 4 came to change that, the next-gen has finally materialized itself. This freshly released game surprised most of the critics around the world, not by its storyline, single player or even the multiplayer options but for all the progress and new features presented. It’s a complete new world filled with action, vitality, realism, immersion and dynamism. I think it’s probably the most realistic game ever made in the history of video games.

Frostbite 3: A New Level of Reality, Immersion and Dynamism

Frostbite 3, the engine used to create Battlefield 4, is the main responsible for all the existent evolution in this title. The graphical resolution and the audio fidelity are much greater, which creates a deeper level of immersion but that’s not the most important. Next-gen is definitely not defined by the simple fact of having gorgeous graphics; it’s about having a compilation of dynamic features that resembles reality in every single aspect. And that’s why the world of Battlefield 4 is generated in a different way. For example, the weather affects the environment and shapes the land itself; the human interaction can create similar effects as well – explosions will create giant blasts that can shake trees or even damage surrounding buildings. This engine allows the creation of higher quality effects and animations that make a tremendous difference when it comes to character development and behavior. Basically, the realism level has growth drastically in every aspect; everything has become more credible. 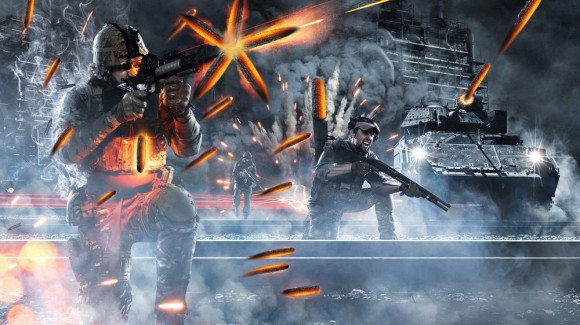 Even if the Frostbite 3 engine has brought incredible results at a visual level, it wasn’t necessarily a big surprise. Graphics and audio quality have been evolving over the years. However, what’s truly new is the featured entitled as “levolution”. As EA stated this feature enables a dynamic mechanism where players’ “actions physically change the interactive levels in real-time, creating new challenges on the Battlefield.” Meaning that what players see at one moment, may radically change in a few seconds but the war, just as in real life, doesn’t take a break – the environment changes but the war goes on. Additionally, players can also destroy in order to create, for example taking down a piece of metal to easily reach a roof.

The immersion level goes even furthest with the amphibious assault features, which allows players to experience this entire living world in different settings. Air and water are two other possible environments to fight in Battlefield 4 and it’s no news that controlling respective vehicles is a possibility. Just as it happens in land, the dynamism and realism are generated according to the environment. For example, large waves will make your boat more unstable, thus harder to focus a target. 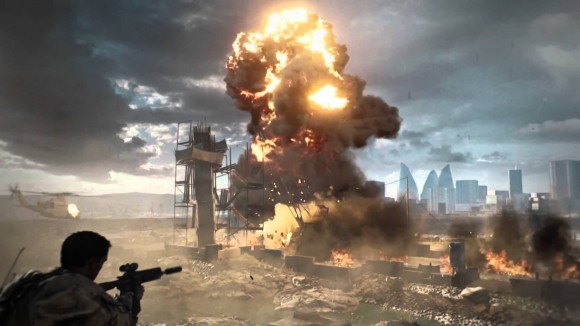 The gameplay settings and combat displays remain similar to the previous Battlefield games and the mini-map for navigation still presents a crucial role, since in many occasions, especially during levolution ones, enemies are hard to spot through eyesight.

The Battlefield 4 singleplayer is set in 2020 and the events take place six years later after the previous game. As usual the endless conflicts between United States and Russian are still active and now, China is joining the game to side with the Russians. Players control Sgt. Daniel “Reck” Recker, a member of a U.S. special operations squad “Tombstone” and together with other 3 marines, they’ll have to infiltrate several enemy bases all over the world to obtain precious intelligence, including Azerbaijan, China and Singapore. The campaigns is filled with confusion, drama and thriller, however it’s quite short and the whole goal of the missions is to acquire military advantage over the enemy. 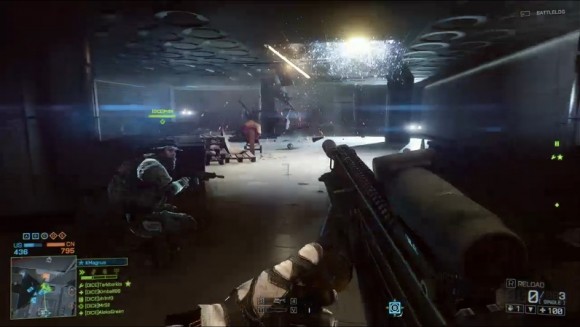 Battlefield 4 is surely not made to play offline and the proof is right on the short campaign presented by EA. On the other hand, the multiplayer has an infinite amount of options available, which can be way more enthusiastic and challenging for players. The game connects players from consoles and PC and it allows them to pick one from three factions at a time. The battles can be devastating and each field can take up to 64 players at once. The classes appear to be quite balanced and there aren’t any super weapons able to wipe everyone instantly. The great news on multiplayer is the Obliteration mode, where players must chase the one carrying the bomb and get it. The other modes are already know, the more or less defending mode on Defuse, the strategically ordering on Commander mode and Conquest. Despite the several objectives and ten different maps, each faction must rush for supremacy while experiencing all the features of the first next-gen videogame ever made. Curiously, it happens to be a FPS which combines in perfection with all the immersion options within the title, after all action and shooting genres can only get better with graphical and dynamic improvements.