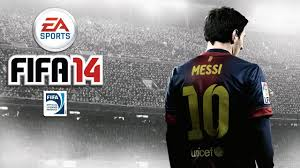 EA have warned gamers about possible issues that can be encountered on the Xbox One version of FIFA 14.

The issues were detailed in a post on EA’s site, and warned of two major issues which the company is hoping to take care of with a ‘day one update’ so expect to see that soon.

The first issue surrounds using two controllers that have both been signed in with user profiles, and using the second controller to navigate the bootflow whilst FIFA 14 is loading, which can cause the game to crash.

In the meantime, EA recommends using only one controller during the bootflow, and switching on the second controller when you reach the main menu.

Hopefully we won’t have to wait long before the release of this patch.

Also addressed in the post was a list of known issues affecting the new generation of consoles that EA are working on a fix for and are hoping to sort for a forthcoming title update. This includes:

•FIFA fans cannot join Friends Only matches via a friend’s profile (PS4 Only). You should: Accept the invite from the user when it comes through and you will be able to join the match properly.

•The ‘Seasons Win’ item in the EA SPORTS FC catalogue will not be properly received if gifted to a friend. (BOTH PS4/XB1) You should: Hold off on gifting this item until the upcoming title update.

•When playing as a GK in Pro Clubs, you will have no way of changing the camera off of the ‘End To End’ camera (XB1 Only).

On a more positive note, EA mentioned that with the fixes made to the Xbox 360, PlayStation 3 and PC versions of the game, they have been able to reduce the amount of crashes in the game by 71%, so it’s not all doom and gloom.