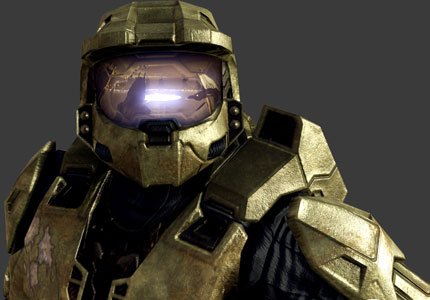 Two of the most important aspects which can make a game, (and yet so often breaks them), are the narrative and the character. There have been titles which have been fun to play, but the over-arching story has been absolutely terrible, or the characterisations are so poor, that my overall experience of the game has been ruined. This is, probably, why I don’t have too many fond recollections of modern games and, those that I do are often in thanks to their lack of narrative or character, as opposed to their possession of a great one.

The narrative for, say, the Xbox Live Arcade turned Steam release game, State of Decay, was boring. It was a typical zombie apocalypse story, of which there are now thousands, but the gameplay had me creeping through those eerily empty streets long after I had actually finished the game and escaped from the valley. For the most part, I played it as an open sandbox, simply attempting to keep my small community alive as long as I possibly could, whilst the world around me literally went to hell. Supplies dwindled quickly under the demand of my survivors, ammo became scarce, and vehicles became rarer and rarer until I had destroyed all but the few trusty pickups I had parked outside my base. Other survivors vanished and morale sunk lower and lower, until I had to spend at least half my time on the game making sure my survivors didn’t suddenly snap.

You see? I made my own narrative, with characters that I had only a little more information on than their appearance. I designed their histories, trained them with the weapons I had and made them into important characters, despite being little more than blank-slates. For every time I lost a character, especially those whom I had had for a while, specifically Marcus and Maya, I was, not quite upset, but it certainly had an effect on me. And it wasn’t simply for the supplies they had been carrying, or the weapons they had used, because I could retrieve those thing easily enough, but it was for the loss of that small group of pixels to whom I had assigned an entire personality.

A similar effect came from XCOM: Enemy Unknown. I had a character, one I had kept alive from the very first mission, (besides the training mission, obviously), whom was shot in the back by a panicked teammate close to the conclusion of the narrative. I was devastated and, of course, had to change the Betrayer’s name to Iscariot after the mission was over, but I didn’t really want to finish the title after he died. Obviously, you’ll never be able to understand the deep, deep love myself and Commander James ‘Rhino’ Davies shared, but it wasn’t a passing thing. He was my tank, my shotgun-wielding maniac whom had a higher kill count than the rest of my squad combined, and I felt terrible giving his shotgun to some generic recruit freshly arrived from boot camp, to retrain in his memory.

Character then, is at least as important to the title as narrative, but it is odd how the two are so rarely done well together. Half-life, for example, has you playing as Gordon Freeman. He is a mute, (I swear if I ever hear one more NPC saying ‘You are a quite one’, or some variation thereof, to a silent protagonist, I’m going to have to hurt someone), and is little more than an extension of the player’s will in that Dystopian world in much the same way as Master Chief was.

Even a Gaming icon like Master Chief is a boring character and, up until Halo 3, I wouldn’t really have said he WAS a character. Every cut scene where 343 attempt to give John 117 some kind of personality is kind of pointless, and goes against the very idea of what I thought Chief was over these past few years. Master Chief is certainly amongst the ultimate of blank slates, he is even designed to look as generic as possible! During the scene towards the end of Halo 4 in which, despite it being obvious that Cortana is beyond saving, Chief’s deadpan refusal to believe that he cannot save her is nothing compared to the horror that I am certain was written on my face. She was my ‘little ethereal buddy’ for four titles, (despite her annoying habit of stating the obvious), and her loss was quite a bold move to take out of the established content of the game, (unless, of course, 343 chicken out and give Master Chief a blank copy of Cortana for Halo 5).

Halo is, perhaps, the wrong series to use here, but Half-Life is certainly a prime example of offering the player as little information as possible regarding their own character, and instead builds a world for them to journey through. Half-Life, despite its very linear narrative, feels as though it is set in a huge world. The main characters are different enough to be easily memorable, and I still remember Alyx Vance and her father with affection. Sure, the story does kind of fade away a little, but that is mostly due to the format of the game, with each area offering a different series of objectives, so that they rarely align with the overarching narrative.

It seems odd that, despite all the effort people will place into making the protagonist likable, or the world engaging, that the two are rarely synonymous. I love Halo and Half-Life, but Master Chief and Freeman are not characters, they are tools for the player to interact with the world.

But then, this hardly explains why I bore (and, indeed, bear) such a deep love for State Of Decays’ Maya and Marcus, or XCOM’s ‘Rhino’ Davies. After all, they were not even designed to be particularly loveable characters, instead they are simply fulfilling the role of ‘tools’, to take you on this journey through titles which, to be honest, are more lacking in narrative than either Halo or Half-Life ever was. It is these ‘Faceless Characters’ that I attach my sentiments to. Perhaps, it is some kind of rebellion on my part, that I have to dislike iconic characters and, instead, those that will be either forgotten or simply never seen, are those to whom I attach my sentiments. If so, that probably says more about my personality than I would hope to ever admit, but I wonder if I am the only one who treats these more ‘generic’ characters with disdain whilst thoroughly enjoying the title from which they have emerged.