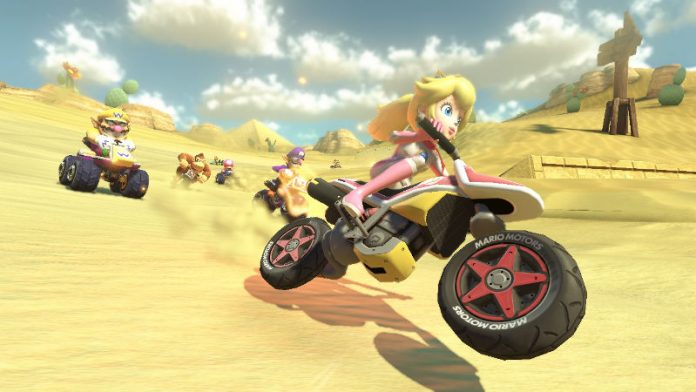 Today at their E3 Nintendo Direct, the company debuted the first footage of Mario Kart 8.

From the looks of things, the bike and car dynamic will also be making a return, along with the boost mechanic from Mario Kart Wii, which lead to faster speeds the longer a grind was maintained.

This time around however, Mario Kart will feature transforming vehicles, much like Mario Kart 7. Submerged in water, necessitating underwater movement spheres, and jumping off the edges of large cliffs, caused carts to grow hanglider attachments. In Mario 8, carts will also activate anti-grav systems that allow them to race on perpendicular tracks or upside down.

As of yet it’s not clear how much of an impact these transformations will have on overall movement, although the trailer does hint that boosts in anti-grav mode will be much more powerful.

Unfortunately, there was also no information on new power ups.