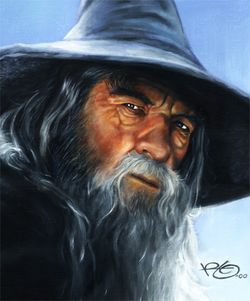 Studio Monolith Productions Announced earlier last month that they’re currently working on a next-gen Lord of the Rings game titled Middle Earth: Shadow of Mordor. Studio head Kevin Stephens, in an video interview with Game Informer, stressed that despite both earlier Lord of the Rings titles War in the North and Aragorn’s Quest not living up to expectations, Shadow of Mordor won’t suffer the same fate for lack of effort.

“Everything. This is our future. There’s nothing more important than this project,” Stephens said.

To make sure Shadow of Mordor stays true to J.R.R Tolkein’s creation, Monolith is working alongside Academy Award-winning director Peter Jackson, licensing company Middle-earth Enterprises, and effects studio Weta. But when asked about whether or not if they’ll be future games in store if Shadow of Mordor turns out to be a success, Stephens had this to say: “Our ambition is to make the best possible game experience we can. And obviously, we have lots of ideas, and we love the IP, but it’s pure conjecture about a franchise or the future,” he said. “We always set out to make something that could be the next best franchise. That’s always our goal.”

Shadow of Mordor will focus on a conflicted Ranger named Talion who has Wraith-like abilities. It will set place in between The Hobbit and The Lord of the Rings trilogy. The game will be available for Xbox 360, Xbox One, PS3, and PS4 sometime in 2014.