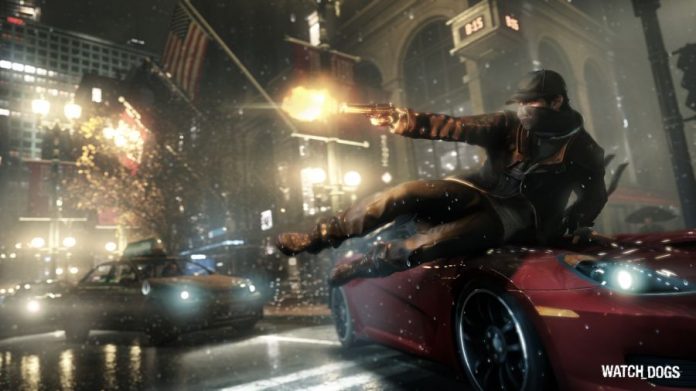 In the latest trailer for Watch_Dogs, Ubisoft takes us through what we can expect on May 27th in North America on PC, PlayStation 3, PlayStation 4, Xbox 360 and Xbox One. The trailer covers everything Watch_Dogs is about. Hacking, introduction to characters, multiplayer, information on the companion app and driving is all covered in the trailer for Watch_Dogs. The most interesting feature is the multiplayer component where a bounty is put on your head and other players invade your world to claim that bounty, similar to Dark Souls. There are also more traditional open world multiplayer modes such as, racing and open world crew battles.

Another interesting aspect of Watch_Dogs, is the ctOS companion app available on iOS. In the trailer, it shows someone playing the console version is racing, while the person using the app creates roadblocks using hacks throughout the city, working as the police.

At the end of the trailer, the video shows that Watch_Dogs is not shy about being a little goofy. The silliness is shown through a couple of different mini games available in Watch_Dogs. One of the mini games involves using augmented reality and turns the city into a setting for an alien shooter. Another mini game includes, climbing buildings to collect coins.

To check out what the world of Watch_Dogs has in store for you, then watch the trailer below.