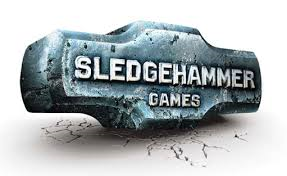 Sledgehammer Games, the developer for upcoming Call of Duty: Advanced Warfare, have revealed they were working on a third-person game in the series set during the Vietnam War before it was cancelled.

Speaking to Game Informer, Sledgehammer founder Glen Schofield said: “We had spent at least six to eight months on it, I was really getting into the story. We had some really cool mechanics.”

Schofield, who along with Sledgehammers other co-founder Michael Condrey worked with Visceral Games on the original Dead Space, believed the game would have had a similar horror vibe to that of the sci-fi game with the dense jungle setting and guerrilla warfare.

“We were definitely getting some Dead Space moments. I don’t mean that from sci-fi, I mean that was a war that was scary for the [American soldiers]. They didn’t know if in the jungle there was a booby trap, or what was in those tunnels. And there were thousands of miles of tunnel underground. It was a hidden war.”

Sledgehammers were then given the opportunity to help Activision finish Modern Warfare 3 for its release window. This, along with the developer’s research on the war, meant the Cambodia-set game was cancelled.

“We found out as we were researching it as well, all around the world it’s actually known as America’s war. Not Vietnam’s.” Schofield said: “We were the only ones that called it the Vietnam War. It’s kind of unpopular. And we didn’t really understand the marketing aspect of that.”

What are your thoughts on the ideas for this third-person Call of Duty? Would you like to see a similar project make its way to release?